The Defining Moments of the 8th Console Generation: PART 1

The PlayStation 4, Xbox One, Wii U and Switch make up the 8th console generation. A generation that involved ups, downs, shifts, trends, fun, and controversy.

So as the generation nears its end and a new one beckons with the Xbox Series X/S and PlayStation 5, what better to do than recollect at what has been the last 7 years of gaming?

Before the generation had even started, Xbox was in the bad books with its reveal event that didn’t even feel like a console reveal. Instead of getting a good look at the Xbox One and what it will bring to gaming, we got Television shows. Not really what anybody was asking for.

I understand what they were going for, an all-in-one system, the one system you will need, hence the name. But it didn’t seem to resonate with anybody and just looked like Xbox falling before the race had begun.

The games that were shown at the event didn’t blow people away too much. Forza Motorsport 5 looked beautiful, yes, but it wasn’t enough. Even the Call of Duty segment resulted in the fish AI meme.

The days following the reveal of the Xbox One were just as bad. With the news of the console’s online requirements, pre-owned DRM, and mandatory Kinect. Despite the backlash, Microsoft stood firm with its choices, with the infamous “it’s called the Xbox 360” interview with former head of Xbox Don Matrick and the Major Nelson interview with Angry Joe.

Though in the end Microsoft did come to its senses and got rid of online requirements and restrictions on pre-owned games.

The changes helped Xbox but some scars remained, and in my opinion, were a major factor in Xboxes struggles during the 8th gen.

Sony’s PlayStation 4 reveal was the opposite of Xboxes. It went much better with its traditional policies regarding pre-owned games and online connectivity.

Sony knew this and decided to take the opportunity to embrace what its competitors were doing and use it to promote the PS4.

PlayStation would release a video explaining how to share a game with a friend. By basically handing a copy of a physical game to somebody.

It was simple, effective, and highlighted the travesty that Xbox was originally concocting. This move also showed that PlayStation was ready to go hard this generation while backing up the PS4’s “This Is For The Players” tagline. 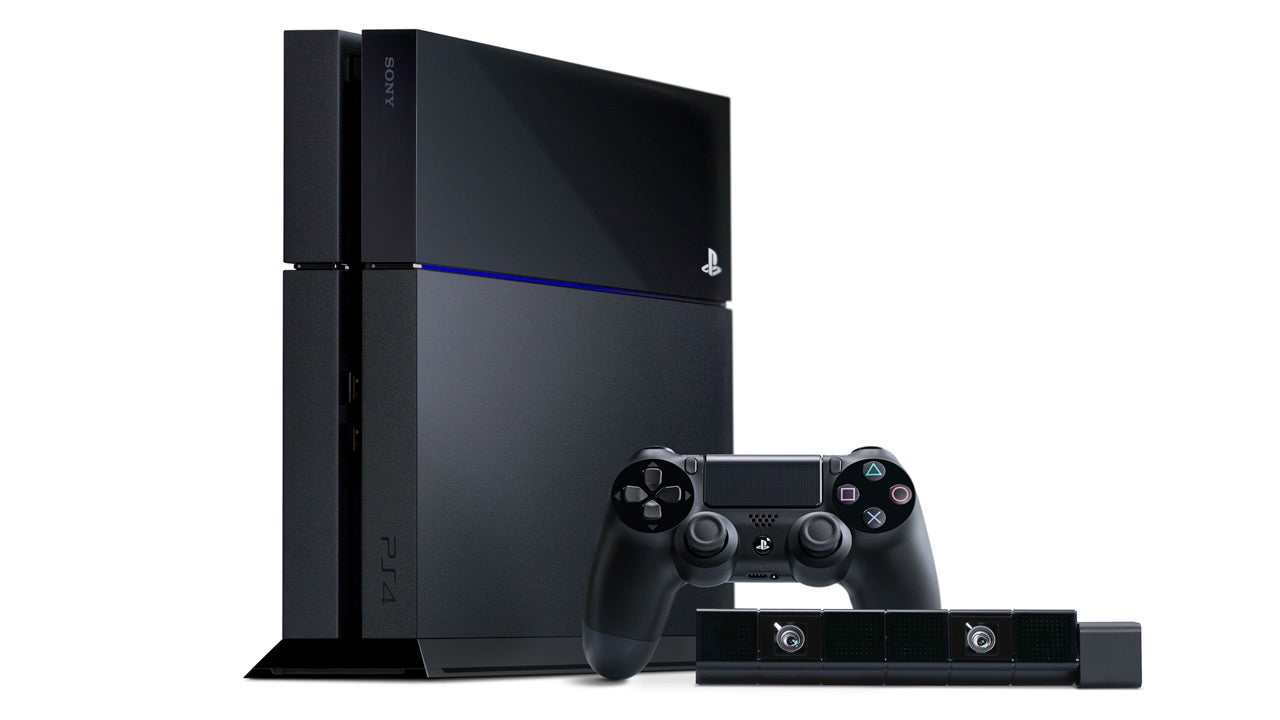 SWITCHing Out the Wii U

Nintendo started the generation with the Wii U being its latest home console. Long story short, it didn’t sell to well. At least not compared to the original Wii system.

And with the release of new hardware from Microsoft and Sony leading the way, things were getting worse for the Wii U. However Nintendo had something brewing.

Codenamed the “NX” the Nintendo Switch released in 2017, with it selling a hell of a lot better than the Wii U did.

The Nintendo Switch, with its home and handheld mode, made the system stand out. Giving it games like Super Mario Odyssey would also help cement the system as a success. Releasing after the Xbox One and PlayStation 4 most likely helped it sell as well as it did too.

I guess Nintendo had two consoles this generation, but we know which one will be remembered for the right reasons.

Kinect Gets Taken Out Back

Every Xbox One originally shipped with a Kinect 2 sensor as it was mandatory for the console setup.

People didn’t what a camera in their home watching them while they do whatever it is they do in front of the TV, but it never had any games that would make you want a Kinect 2 either.

Games like Kinect Sports Rivals and Fruit Ninja Kinect 2 may have been a laugh for ten minutes but weren’t enough to get people to care about the sensor.

Eventually, the Xbox One started to be shipped without a Kinect 2 and the mandatory requirement of having a Kinect 2 during setup was removed.

This was just the first move in ending Kinect for Xbox as Xbox One S and X consoles needed an adaptor to use the Kinect 2. In end, the Kinect 2 and Kinect adaptor were discontinued entirely for Xbox.

Though you can still find Kinects while out and about at places like museums (not so much at the moment then) where they are used in interactive displays. Loot boxes and RNG systems didn’t originate this generation but they did gain a lot of popularity among publishers, with them being implemented in a variety of games.

Loot boxes were quite rightly causing controversy for a while. But it wasn’t until Star Wars: Battlefront 2 came out, where loot boxes gave in-game advantages in multiplayer, that things started to go mainstream and resulted in a slew of criticism from fans and politicians alike.

A Hawaiian politician called the game “a Star Wars-themed online casino” which wasn’t a good look for EA (the publishers of Battlefront 2), Disney or Star Wars.

EA would later appear in front of the Digital, Media, Culture and Sport Committee in the UK where they defended the implementation of the monetisation system and called loot boxes “Suprise Mechanics”. With outrage and memes following soon after.

It may have impacted Battlefront 2 negatively but the loot boxes and resulting backlash may have helped gaming in general. Because since this incident loot boxes have been removed from games such as Rocket League while games like Call of Duty are implementing battle pass systems and allowing players to outright purchase the content they want instead.

Xbox may have got off on the wrong foot this console generation, but subsequent good moves aided in redeeming them and have contributed to Xbox getting back in the game by offering player-friendly features. One being backwards compatibility.

Neither the Xbox One nor the  PS4 launched with backwards compatibility for older consoles. It was a big disappointment in my eyes. However, in 2015 Microsoft released an update for the Xbox One, allowing it to play select Xbox 360 games, whether digital or physical.

The list of selected games wasn’t the biggest with many important games missing. But the addition of backwards compatibility was still a very good and appreciated feature.

Over time the list grew to a rather large library, with some of the 360’s best and most popular games such as Red Dead Redemption and Call of Duty: Black Ops 2 being playable on Xbox One.

This type of support for the Xbox One showed Microsoft’s positive shift since the Xbox One reveal. It also gave the system a reason to purchase it over its competitors. With an incredible library of games to play and no need to buy them again, backwards compatibility was one of the best moves from Xbox this console generation.

If you had to pick the trend which was jumped on the most during the 8th generation then saying Battle Royale would be a safe answer.

The game mode which sets around 100 players give or take against each other in a battle to the death where the last person or team remaining takes the victory, was brought on mainly by PLAYERUNKNOWN’S BATTLEGROUNDS (PUBG). PUBG was created by ARMA 2/3 modder Brendan Greene and was a huge hit. With it breaking records, getting an Xbox console deal and receiving a mobile version.

I would say the popularity was in part due to the traction the game got on streaming sites such as Twitch, with mega influencers such as DrDisrespect and Shroud steaming the game regularly.

The success of PUBG wasn’t going to go unnoticed and others wanted a piece of it, by coming up with Battle Royales of their own.

The most notable was Epic Games with Fortnite Battle Royale. Fortnite was originally a co-op building and survival game, that was spun off into a Battle Royale game that would reach consoles before PUBG and was free-to-play. Two big upper hands for Fortnite over PUBG. It wasn’t long before Fortnite was a cultural phenomenon, that you couldn’t get away from, whether you liked it or not.

Others jumped on the trend as well, including big names in the gaming world like Activision with Call of Duty’s Blackout and Warzone modes, EA with Battlefield’s Firestorm mode and Apex: Legends, as well as Ubisoft with its own game called Hyperscape. Each with varying degrees of success. So far Warzone has prospered while Firestorm fizzled out not long after launch.

Everyone wanted a piece of the Battle Royale pie, and with so many going in for a slice not everyone was going to get one. Examples beings games like The Culling 2 and Radical Heights, which didn’t last long and were subsequently shut down after failing to take off.

Let’s not forget that Fallout 76 got a Battle Royale too. Don’t worry, the whole conundrum that was Fallout 76 will be covered in part 2.

Yes, part 2, from the title of this piece you could probably tell this wasn’t going to cover everything. So join us next time as we remember even more moments that defined the 8th console generation.