For anyone who has a sensitive or trained ear, the average hospital is a cacophony of sounds. None of which seem all that focused on making anyone more healthy. The sounds we hear in our life, whether we pay attention to them or not, affect our minds. They affect the way we think and act in our world. Yet not a lot of focus goes into creating a healthy sonic environment. Especially in places of healing like hospitals.

Now, for anyone with a classical music background, this may seem like a gross oversight. But for the doctors, nurses, orderlies, and patients, that’s just what a hospital sounds like. Of course, that’s only true as long as we accept that’s what hospitals HAVE to sound like. We can change this if we think about things differently.

One Ambient Artist, classically trained in the piano, wanted to change that. Around six years ago, Yoko Sen spent some time in a hospital. She found her sensitive ears assaulted by several sounds that disturbed her. She felt like the environment she was supposed to be healing in was hurting her. From the harsh alarming beeps of her machines to stressed-out nurses slamming doors, the hospital was anything but peaceful. She heard a harsh heart monitor beeping that made her worry. Sen also heard doors slamming and general sounds of stressed-out hospital workers. 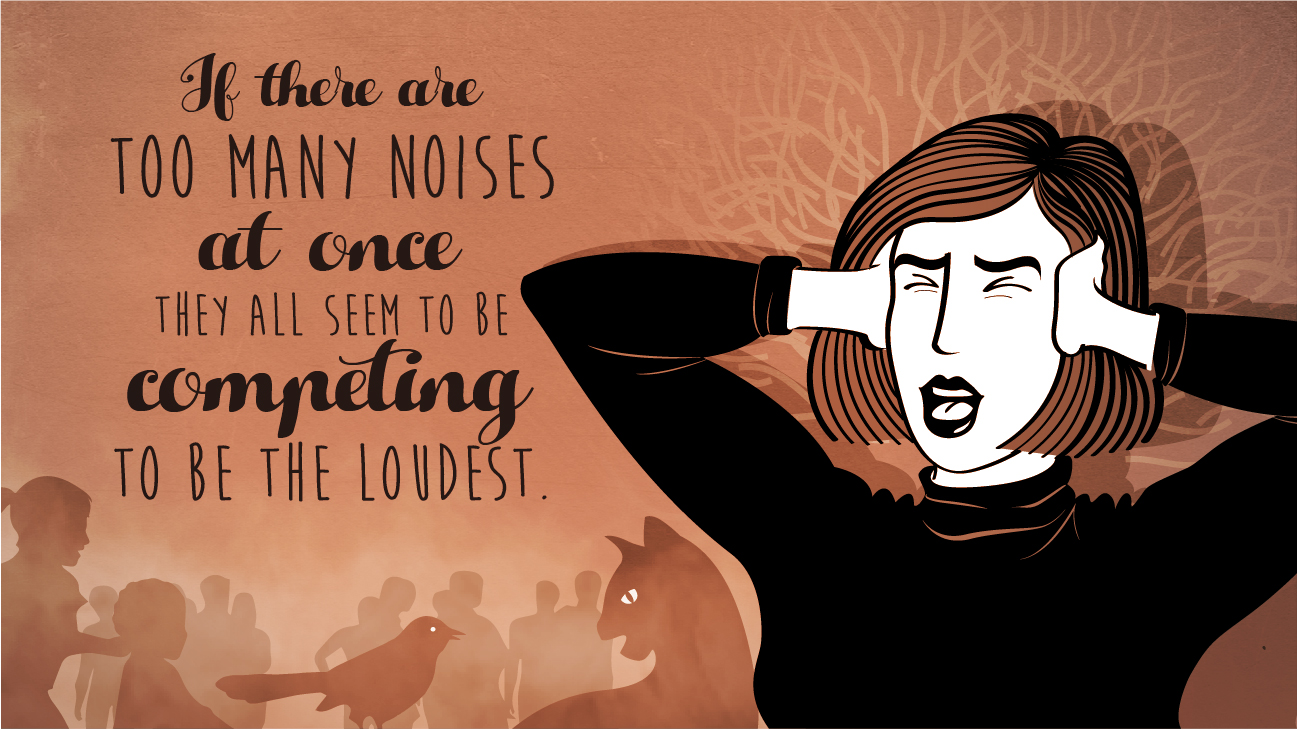 Nobody’s Listening to That Sound…

When presenting her worries to the medical staff, she was confronted with apathy. Not for her condition, the staff seemed completely oblivious to the sounds. Because they spent all day hearing these noises, they were literally suffering from “Alarm Fatigue”. This is when, through the process of hearing various alarm sounds repeatedly, your mind becomes complacent. You stop hearing them, or your mind stops paying attention rather. Add to this the fact that studies show stressed-out people do things like slam doors and shout. Meaning that the often overworked medical staff in most hospitals adds to the problem. So the healers who were in this place of healing weren’t helping.

Aside from setting up a terrifying precedent, Sen realized this was a larger issue. How can we expect people to truly heal if their environment is filled with stress and alarms? So Yoko set out to ask people who worked or spent time in hospitals about sound.

She asked simple questions of several people. Things like “What do you hear in this room?” and “Which sound is most disturbing?”. In this way, she was able to collect a LOT of data about the sound environment in most hospitals. She took the data collected and started to go about effecting change. She wasn’t going to let this situation continue.

How We Change the Sonic Landscape

Yoko Sen had to not only change the sound, but she also had to change the stress levels. Step one was to create what Sen is calling a “Tranquility Room” for the staff. This room has comfortable places to sit, low lighting, and ambient music. The music was composed by Yoko Sen herself to help bring about calm and relaxation. This way, the staff are presented with a mentality of de-stressing. Even an occasional visit to this room during a regular shift could help lower stress levels dramatically. This would heavily cut down on the sounds created by stressed-out staff. In this way, Yoko hopes to create a sort of inner quietness in the hospital culture. If the environment is already less stressful, it would be easier to be in a state of healing.

The next step was to address all the noise that the often life-giving machines make in a hospital’s environment. All of that sound adds to the already stressful sonic ecosystem. As a matter of fact, it’s estimated that a doctor hears an average of around 950 alarms per shift. That’s a staggering statistic that presents a HUGE problem. As a matter of fact, Alarm Fatigue is cited for patient deaths across the world each year. Sometimes hearing all those alarms all day makes you ignore the important ones. Especially when you consider that 72% or more of the alarms heard are ‘false alarms’. It’s the sonic equivalent of The Boy Who Cried Wolf. So How Does This Sound…?

In 2017, Yoko’s company Sen Sound partnered with Medtronic. This company is the largest manufacturer of medical devices in the world. Hundreds of thousands of Americans have a Medtronic heart device in their body. This monitors their heart rate and is connected to a monitor. Medtronic wanted to help redesign the heart monitor sound to something more suited for healing. Sen says this new sound is “more human-centered, rather than engineer-centered.” In this way, even just by being the first company to consider this issue, it’s a HUGE leap forward.

Trained to be a classical pianist, Yoko never thought she’d be using her talents in this way. But now she can’t stop wondering why she was the first person to consider this issue. With all the data she collected from those staying in hospitals, it seems to be obvious. The sounds in these places aren’t helping anyone heal. Sen hopes to work with hospital systems across the world to change how people think about sound. This way, the next person who wakes up to hear the sound of a heart monitor might be pleasantly surprised.

1 thought on “What Does ‘Healthy’ Sound Like To You?”