E3 has been very interesting this year. With PlayStation skipping the show and Xbox putting on a solid keynote, all eyes were on Nintendo’s press conference. The Big N brought with it an assortment of announcements, from new characters in Super Smash Brothers: Ultimate to release dates for new entries in beloved franchises. Nintendo put on a really good show, the first of the Doug Bowser era at Nintendo of America. Don’t worry if you missed out, and somehow avoided Twitter, we have your full recap here.

More Dragon Quest news as the latest entry in the franchise, Dragon Quest XI, will be coming to Switch on September 27, 2019. We first heard of the game making its way to Switch back in February but this is the first reveal of the game’s definitive release date.

Nintendo showed off a good bit of Luigi’s Mansion 3, giving us a look at some of the game’s locations, its setting, story, and some of the abilities at Luigi’s disposal. They also announced that the game with have co-op with Gooigi, who returns from the 3DS remaster of the original Luigi’s Mansion. There will also be a new co-op mode called the ScareScraper. Luigi’s Mansion is scheduled for release sometime this year.

This one is a bit strange as Netflix is releasing a tie-in to their upcoming Dark Crystal prequel series, due out on August 30, 2019. This game looks a bit dated if I’m honest but it is just a TV series tie-in. The game is being made by Bonus XP in collaboration with En Masse Entertainment and is going to be a tactical strategy game based off of Jim Henson’s Dark Crystal. The game is due out sometime this year.

Check out this new game set in the world of The Dark Crystal. #E32019 #NintendoDirectE3 pic.twitter.com/gxqHTp6iaJ

Nintendo revealed a new trailer for the Legend of Zelda: Link’s Awakening during the press conference. The remake of the Gameboy classic is heading to the Nintendo Switch on September 20, 2019. If you’ve never played this entry in the long-running series, it’s a must-have.

Trials of Mana + Collection of Mana

Seiken Densetsu 3 is coming to the west for the first time full remade and titled Trials of Mana. The sequel to Secret of Mana never made it across the Pacific from Japan. Likewise, the Collection of Mana was released in Japan last year and is available for western audiences right now. It includes the original Final Fantasy Adventure, Secret of Mana and Seiken Densetsu 3.

First CD Projekt Red brings Keanu Reeves to Xbox’s press conference and now they are bringing the Witcher 3 to Nintendo Switch. CD Projekt Red is out here fighting the good fight and we can hope to fight as the Witcher all over again later this year.

Nintendo’s latest entry in the Fire Emblem franchise got another trailer and a release date. Fire Emblem: Three Houses will be coming to Nintendo Switch on July 26, 2019.

This one is surprising, just on the fact that Resident Evil 5 and 6 are the black sheep of the Resident Evil franchise. But nevertheless both games are coming to the Nintendo Switch this fall and the trailer was pretty cute as well.

Travis Touchdown is back and with him the next entry in the No More Heroes franchise. No More Heroes is due out sometime next year but in the meantime keep watching the trailer and try not to stare so much.

Konami, are you okay? This looks rough. Contra is coming back but… just watch the trailer. And when you’re done go play the Contra Collection currently available to cleanse your eyes.

Nintendo is going to have a busy month in September. Daemon X Machina is a mech action game that looks incredibly fun and dynamic. It’s going to be hitting store shelves on September 13, 2019.

Panzer Dragoon is being remade for the Nintendo Switch. SEGA is kind of on a roll this E3 with also announcing Phantasy Star Online 2 coming to Xbox One. Reviving a fan favorite series from the SEGA Saturn days is another awesome announcement. Panzer Dragoon is set for release sometime this winter.

Soar through the skies on your armoured blue dragon when #PanzerDragoonRemake for #NintendoSwitch arrives this winter in a new, remade version of the Panzer Dragoon game – true to the original, with improved graphics and controls! pic.twitter.com/wuTpixyDBF

Pokémon Sword and Shield: New Gym Leader and Pokéball Plus

Nintendo had a Direct last week that showed off new Pokémon, Characters and the New Dynamax mechanic. Today they showed off the new Water Gym Leader, Nessa, and that Pokéball Plus originally released for Pokémon Let’s Go! Eevee and Let’s Go! Pikachu. You’ll be able to take a Pokémon of your choice with you as you walk around. It reminds me of the days of taking my Digimon to school. Pokémon Sword and Shield are set for release on November 15, 2019.

You can use the Poké Ball Plus accessory with #PokemonSwordShield to take a Pokémon out for a stroll in the real world with you! Spend some quality time with your Pokémon, and something good might happen! #NintendoE3 pic.twitter.com/ZjmVJzkqQJ

PlatinumGames are an incredible studio and Astral Chain is looking to be a great game. It reminds me a lot of Shin Megami Tensei and the Persona series but sports the action combat you can expect from Platinum. It’s coming real soon as well as the game will be available on August 30, 2019.

Empire of Sin is a strategy game set in 1920s Chicago and you’ll be in the thick of the Prohibition-era. Its combat looks reminiscent of XCOM. Paradox has a good track record with historical strategy games like Hearts of Iron IV, Europe Universalis IV and most recently with Imperator: Rome. Empire of Sin is set for release sometime next year.

Cadence of Hyrule is a cute little rhythm game based off Crypt of the Necrodancer. You can play as Candence, Link and Zelda as you dance your way through Hyrule. You’ll fight enemies from the Legend of Zelda series as you go along as well. Cadence of Hyrule is releasing on Thursday.

The Olympics are next year and though most of us won’t be able to go, our good friends Mario and Sonic can help us enjoy the Olympics on our Nintendo Switch. It’s coming out in November, so if you’re up for some sports check it out.

It’s happened, Rare and Microsoft now have a representative in Super Smash Brothers. Banjo-Kazooie from Rare’s classic platformers from the Nintendo 64 era join the melee. Banjo first appeared in Diddy Kong Racing so it feels fitting that the trailer brings Banjo and the Donkey Kong crew together. They seemed as excited to see their old friends as we are. Banjo-Kazooie join the fight later this year.

Sequel to The Legend of Zelda: Breath of the Wild in development

The show ended with an announcement that a sequel to Breath of the Wild is in development. It looks like you and Zelda have to continue the fight. Of course no release date as of yet.

That concludes our roundup of Nintendo’s E3 Direct. Be sure to follow FictionTalk on twitter for more E3 news. For example check out Jason Moth’s recap of Bethesda’s E3 Press Conference here. Let us know what you thought about Nintendo’s E3 and what you’re excited for. If you still want to watch the whole direct you can do so here. 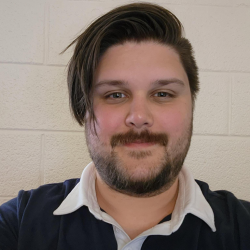