The new Spring 2022 season of anime couldn’t be off to a better start. It is a season of popular sequels like Kaguya-Sama, Shield Hero, Komi-san, and Ascendance of a Bookworm. That, coupled with brilliant new shows such as Spy X Family, Summer Time Rendering, Aoashi and Ya Boy Kongming, and hidden gems like Deaimon and Dance Dance Danseur, Spring has exceeded all my expectations. With this lineup, Spring 2022 is shaping up to be one of the best anime seasons in recent years.

However, among these lies a single anime that spearheads this season’s popularity charts. Spy X Family has taken the anime community by storm and has seen an unprecedented rise to fame, the scale of which can be compared to modern Shonen juggernauts like Attack on Titan, Demon Slayer, and Jujutsu Kaisen.

Spy X Family comes under the genres of action, comedy and slice of life. It was originally a Shonen Jump manga written and drawn by Tatsuya Endou, then later adapted into an anime by CloverWorks and WIT Studios – two very reputable and quality studios.

The franchise was already a popular Jump manga, but its popularity skyrocketed to new heights once the anime started to air. The anime already has over 600k viewers on MAL and Anilist, reaching the #2 spot on MAL’s all-time charts in no time. Remember that these are just the recorded stats available on anime database websites and the actual numbers will be way higher.

The Spy X Family manga had 11 million copies in circulation as of June 2021 and surpassed 17 million copies sold after the anime started airing. It has also exceed 350 million reads on the Shone Jump+ digital platform. An incredible feat. Moreover, it is already a trending topic on social media platforms like Twitter, Instagram and TikTok.

But what exactly has enabled this anime to become an instant hit within the anime community? Let’s find out.

Set in a parody version of cold war Germany with the capital of the country named “Berlint”, Spy X Family is a story centred around a make-believe family, where the father is a veteran spy, the mother is a seasoned assassin and a 6-year old daughter who’s a telepath. Furthermore, each of them are a part of this make-believe family to further their own interests. SIGN ME UP!!

The show has a whacky premise which promises crazy family shenanigans along with spy thrillers and good-old action sequences and somehow manages to pull it off spectacularly. People have also drawn comparisons with the Hollywood movie Mr. and Mrs. Smith featuring Brad Pitt and Angelina Jolie.

That said, I think the main hook for viewers is the interactions between the Forgers as each of them is trying to hide a crucial part of themselves from the other. This usually leads to hilarious situations and engaging dialogue. What makes this funnier is that Anya knows the secret that both her newfound parents are trying to hide due to her being a mind-reader.

An engaging cast of characters is exactly what a Slice of Life anime needs to survive and keeps its audience hooked. Spy X Family absolutely excels in this department. Three likeable characters sharing a family dynamic and tasteful chemistry is the main hook and the reason for the gigantic success this franchise has experienced across mediums.

Loid Forger, codename “Twilight”, is the most talented spy in his organisation. He has a noble cause for becoming a spy and tries to convince himself that he is emotionless, but deep down he genuinely cares about people. He shows honest concern for his adopted daughter and lives by good ideals.

Yor Forger, codename “Thorn Princess”, is a deadly assassin working for Ostania, disposing of off traitors to her country. Don’t let that distract you from the fact that she’s an absolute cinnamon roll. Her fascination with sharp objects does not feel out of place and just makes the viewers adore her even more. She also shows a caring and motherly side when she’s with Anya putting an earnest effort into becoming a mother to this child.

Last but not the least, there’s Anya Forger. This peanut-loving Esper is the mascot of the show. Fans absolutely love her since most of the plot revolves around her and her shenanigans always lead to funny situations. Her reactions to reading her parents’ thoughts are pure gold. She’s what makes the family tick and serves as a thread holding them all together.

WIT Studios and CloverWorks are putting a lot of effort and care into this anime and it shows. It being a two-cour 25 episode anime means that Spy X Family is going to be the talk of the town for the coming weeks, and it’s only getting more popular. Sit tight and enjoy the ride as you watch this make-believe family grow together forming genuine familial bonds over time, and eventually becoming an actual family. 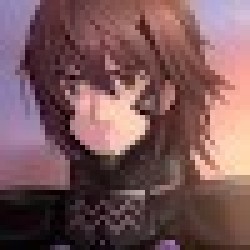