Chivalry is back and swinging, which means heads are about to roll. Medieval Style. Chivalry 2 is a welcome sequel to the brilliant Chivalry: Medieval Warfare, which was released nearly 10 years ago, in 2012. Chivalry 2 aims to up the ante and reclaim its throne. With 64 player matches, hefty, brutal combat and killing people with chickens? Let’s see how it did, shall we?

Paint me a gory picture

While Chivalry 2 won’t be winning any awards for its overall graphical fidelity it does look pretty good, with nice bits of detail on the weapons and armour. But where it really shines is in the maps. The maps in Chivalry 2 look fantastic. With amazing castles and seascapes to grotty little shacks in the middle of a forest. It feels believable. The eight maps that are currently in the game are also varied. There is a lot of stone, mud and wood but after a couple of times playing each one, you have a sense of how each map works differently.

The animation and sound design really do tie everything together for me. Nothing looks too janky, even when bodies are flying all over the place. Seeing two other players fighting actually looks pretty good. You see weapons collide the way you’d think and when in first person, you see it all up close and nothing so far has brought me out of the experience. The true test of this is on certain matches when the two armies meet on an open field and clash together. It’s gory and loud and awesome and it looks and sounds immense.

What struck me almost immediately when playing Chivalry 2 was how inconsistent the tone was. Right from the tutorial, it hit me like a mace. Some soldier man, in what I think might be one of the most obnoxious vocal deliveries I’ve ever heard, screams instructions to me. I get what they were going for with the wacky (shite) voice acting and self-aware jokes. I know this was also the case with the first Chivalry game but it feels dated. Oh, you’ve watched Monty Python and Blackadder? Good for you. Now stop with the horribly read, screeched lines and let me chop a guy’s head off.

You are fighting in these well realised, grounded environments and then you’ve got some stupid character creaming that he’s on the blue team. It really draws me out of the experience which, for the most part, is a great experience. The game can really be brutal at times, when you see a downed teammate crawling away from an armoured brute wielding an axe, it can be quite bleak, but never overtly so. It’s mainly hilarious.

The humour in this game is honestly at its best when it’s not trying. The amount of times I’ve laughed during matches has surprised me. There is a real sense of mirth within the chaos of Chivalry 2. A beautiful moment I witnessed was an ally getting disarmed, so he picks up the nearest item which happens to be a pumpkin. He then throws the pumpkin uselessly at the oncoming Mason Order knight who swiftly chops my comrade’s head off. Brilliant.

All of the issues that I mentioned above, while still valid (I do highly recommend turning the voice volume down), fade into insignificance once you step into the fray and experience the brutal, satisfying combat. The combat is as in-depth as you want it to be. You can learn the right timing for feints and get your dodges down to a tee. Or you can just run in and swing wildly. You will have great fun either way. Chivalry 2 may have the best first-person melee combat I’ve ever experienced. You can also play in 3rd person, which lets you see slightly more but you lose a lot of immersion. Each weapon feels unique and they all look great and/or gruesome. Other than the crossbow, I haven’t found a weapon that I didn’t enjoy using.

I love it when games let you interact with your environment. I especially love it when a game lets me use the said environment to smash an enemy’s head in. The improvisation that has been introduced into Chivalry 2 might be my favourite part of this game. The fact that you can start a fight fully kitted out to scrabbling around the battlefield looking for anything to kill your enemy with is genuinely thrilling. There’s a real sense of dynamism in fights.

The real meat and potatoes of Chivalry 2 is the team objective mode. This pits The Agatha Knights against The Mason Order in what can be quite long, objective-led matches. Think Rush from Battlefield and you’re in the right ballpark. This mode, like the rest of the game, is ludicrously fun. In one game you could start by escorting a battering ram then finish by having a fight with the royal heir in his throne room. I’m not sure how Torn Banner have done it, but the battles always feel massive. It always feels like there are more than 64 players in this mode as well. Free-for-all and team deathmatch are very fun but I didn’t spend too much time with them.

No Eye In Team

In your first few games, Chivalry 2 may not seem like the most tactical game. It can just appear to be bloody chaos. That’s until you start to understand the different classes and weapons, and how what you do can really aid your team in a fight. There are little skirmishes happening all over the battlefield, and one well-placed arrow or a charge with a battle axe can make all the difference. Sometimes you will find yourself in an unwinnable battle against five other enemies. You aren’t aiming to kill them, you’re just distracting them until your team gets in behind them and gets chopping.

I particularly like the way the respawn works. It’s done in rounds, so there is a joint countdown to people being respawned. So when you do spawn back onto the battlefield, you’re not alone, but you’re actually charging ahead with a number of your teammates. It adds to the flow of the games, like you’re providing actual reinforcement to your team who are struggling to hold the line. It would be nice if there was a squad system similar to Fallout, that way it could be easier to plan with your friends and strangers, what’s best to attack or defend.

At first, it may seem that Chivalry is somewhat short on content. None of the systems in the game are explained, other than the general tutorial. Within the press of two buttons (and one very quick loading screen), you are in a game, hacking away. There are customization options, but it is somewhat shallow. There are three different game modes and there are eight maps, five for TO and three for the other two modes. I think this lean approach actually helps Chivalry 2. It keeps things simple.

There’s no bloated leveling up system or perk trees. You just level up and get some gold, possibly unlock a new weapon and improve your rank with the class you are using. There aren’t a thousand challenges or millions of skins or calling cards. Part of me wishes there was some sort of kill/scorestreak in the game. Like being able to call in a rain of arrows or some war hounds but that may ruin the simple fun that this game offers. The experience is actually pretty pure, despite all the dismemberment, which may not suit everyone. The developers have mentioned that they plan on adding enough content that it will effectively double the size of the game. So that’s something to look forward to.

If you enjoy Chivalry 2 check out our list of new and upcoming medieval games to keep an eye on in 2021 and beyond. 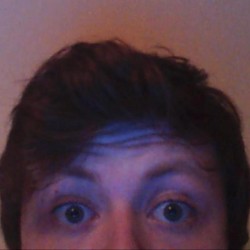 Chivalry 2 is one of the most enjoyable multiplayer experiences I’ve had in a long time. It’s pure, simple, satisfyingly chaotic but may be a bit too lean for some players.