Controller Literacy – Do We Take It for Granted?

Do you ever think about how we, who have played games regularly for years, are able to control what is happening on screen without looking down at our controller? When playing new titles, we look at the controls menu and within seconds are good to go. This aspect of game controller literacy is developed and refined, often as children, then never given a second thought. But, for those who adopt our favourite hobby when they are a little older, it’s difficult to find a game which matches their ability.

Recently, after only playing Nintendogs on Nintendo DS, my girlfriend decided she wanted to play something on my PlayStation 5. Yes, I somehow managed to find one. After trying a few first-person shooters, and myself feeling ill because of the camera ‘control’, the challenge of finding an appropriate game began. I wanted a title that didn’t require precision with the right analogue stick, with gameplay that allowed the time for her to look down at her inputs as she learned.

Owning the game through PlayStation Plus, we decided on Media Molecule’s 2015 platform-adventure game, Tearaway Unfolded. Quickly, it became evident that this would be a perfect game for learning the ropes. Tearaway Unfolded has many instances of simple combat woven between digital paper creation, platforming, and exploration. Importantly, it has a forgiving third-person perspective. The hundreds of confetti to collect allowed my girlfriend to practice character movement. While the limited camera control helped her to understand the right stick without her progress being hinged on this.

I assisted with some more difficult scenarios to begin with, though these instances became fewer and further in between. By the end, her skills had advanced greatly and, as the trophy list didn’t seem too daunting, we tried to achieve the Platinum trophy. Frustratingly, a few glitched confetti spoiled the party.

After Tearaway Unfolded, she wanted to further develop her skills with a controller. Careful not to overwhelm, I needed a game that built on what she already knew while introducing some new mechanics.

Sitting on my shelf since launch was Spyro: Reignited Trilogy by Toys for Bob. This is a faithful but pleasant re-imagining of titles which I cut my gaming teeth on around 20 years ago. While still a third-person perspective like Tearaway Unfolded, the combat and traversal are more difficult. Most importantly though, was the introduction of full camera control.

Spyro does offer a ‘passive’ camera mode, meaning it moves automatically with the character. But, leaving her with full control with the right stick felt like the correct, tough-love decision, even if she would struggle initially. To me, having the game hold her hand with the ‘passive’ camera was just kicking the can down the road. If she wanted to play most games, camera control is necessary and not all titles offer any assistance.

Instantly, my girlfriend really took to Spyro The Dragon and we both enjoyed saving every dragon, collecting every gem, and earning every skill point. So much, that the last month has seen us achieve the Platinum trophy in Spyro The Dragon, Spyro 2: Ripto’s Rage, and Spyro: Year of the Dragon. After many hours, she has advanced from looking at the controller more than the display, to rarely ever glancing at her inputs.

With Ratchet & Clank: Rift Apart landing in June, Insomniac’s stunning 2016 reimagining of Ratchet & Clank has caught her eye. More hectic and weaponized than Spyro, it should add more precision to her arsenal. Only time will tell.

This whole journey has highlighted how important learning controller literacy is for accessing games, and how I’ve taken it for granted due to my own experiences. If you yourself are attempting to introduce someone to games, it’s crucial not to engulf the person you are guiding with games that demand too much for their skill level. Also, do not introduce too many new concepts that could kill their eagerness to learn. Carefully consider the titles you put before them and ensure that they provide a breeding ground for their controller confidence.

After watching me play games for hours on end for years, my girlfriend understood what current games offer in terms of visuals and gameplay. Therefore, I couldn’t start her off in the 1980’s on a 2D classic. However, if your prodigy is a child who has no prior concept of games, starting 2D is probably the best option. This allows them to comprehend fewer buttons at a time before introducing more with later generations. This way, they can also be fortunate enough to experience the advancement of games first-hand, but in a condensed period. 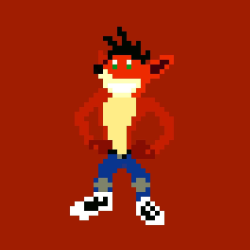