On the 2nd April 2021, Indie developer Red Koi Box announced Faraday Protocol, a first-person story-driven puzzle adventure game that promises to award you with a sense of accomplishment when you overcome the challenges presented.

You play as an interstellar archaeologist from the planet “Cunor” called Raug Zeekon who is on a mission to investigate the source of a mysterious signal which is coming from a previously unexplored star system.

The signal takes you to a “mysterious space station/biosphere” called OPIS which has been abandoned for “tens of thousands of years,” and it is your job to piece together all of the secrets held in this ancient world with the help of its “mysterious governing A.I” as well as your so-called Bia-tool.

This tool will allow you to absorb various energy forms and redistribute them allowing you to activate and manipulate the various machinery on the space station OPIS.

The energy mechanic allows you to activate and deactivate power lines with orange energy, alternatively, you can bridge and redirect them using the blue energy.

All of this takes place both inside and outside OPIS’ Ziqquarants. To progress and solve the mysteries it holds, you will be tasked with solving many interesting and challenging puzzles.

Farady Protocol I have to say does look visually appealing. Similarly to Destiny and other sci-fi games, they have chosen to use a unique blend of Egyptian-themed Art deco which always helps you immerse yourself in a world that is not your own.

Exerpts from their Steam Listing and their press release are below:

As you deploy from your spaceship, you’ll find yourself in a new and unknown environment. A voice will welcome you to “Opis”, the name of the mysterious place where you have landed.

Opis is structured with a succession of puzzles and trails you’ll need to conquer in order to keep exploring. Solve intricate puzzles by re-distributing energy through the use of your Bia-Tool and demonstrate your abilities during challenges.

The mysteries of Opis are hidden within its core. Who built it? When and why? And where are they now? Investigate lore elements spread throughout the station, interact with the governing A.I., and expose secrets lost in the millennia. 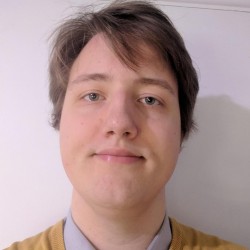 I am currently studying for the National Qualification in Journalism in the United Kingdom provided by the National Council for the Training of Journalists.