Soul: An Amazing Film Shackled Down By Its Other Half

Disney Pixar’s “Soul” recently dropped on Disney + on Christmas and thematically it’s one of the best Pixar has released. With unique character designs, gorgeous music, and an extremely relatable plot, “Soul” starts off as something new and unique for Pixar. Then the main character is turned into a cat. What went wrong? What went right? Where does it deserve to get sent? Let’s take a look and find out. Warning: Spoilers ahead.

“Soul” is an absolutely beautiful film when it wants to be. Every human character looks unique and highly detailed from the shape of their heads down to the size of their noses. If any film captures the diversity of human appearances it’s “Soul“.

Music is also one of Soul’s strong points. It’s very easy to get lost in Soul’s use of Jazz. Even the way they describe music as something you can get fully absorbed into is brilliant. The same way Joe describes seeing another person get completely lost in their passion, it’s really easy to get mesmerized by the sights and sounds of the world Pixar has designed.

Pixar makes good use of ideas and visuals to represent something like getting caught up in what you love and zoning out. However, you shouldn’t let that become your only purpose for living. You can love things and gain fulfillment out of them but if you focus too much on that you will miss all the wonderful things around you. The ending of the film also helps cement the idea of living your life. We don’t get closure for either Joe or 22’s story. We merely get the promise that Joe will live life to the fullest. 22 is also finally going to start their lives in parts unknown. That ambiguity is a good choice for this film. You never do see if Joe will continue on as a teacher or pursue his dreams of being a Jazz musician. You don’t know if he’ll call that girl he missed out on in the past or spend more time talking to the people in his life. A definite happy ending is not what the film goes for. Like his barber, his life could go in any direction after the ending scene. The point is that Joe will actually live that life, ups, and downs included. 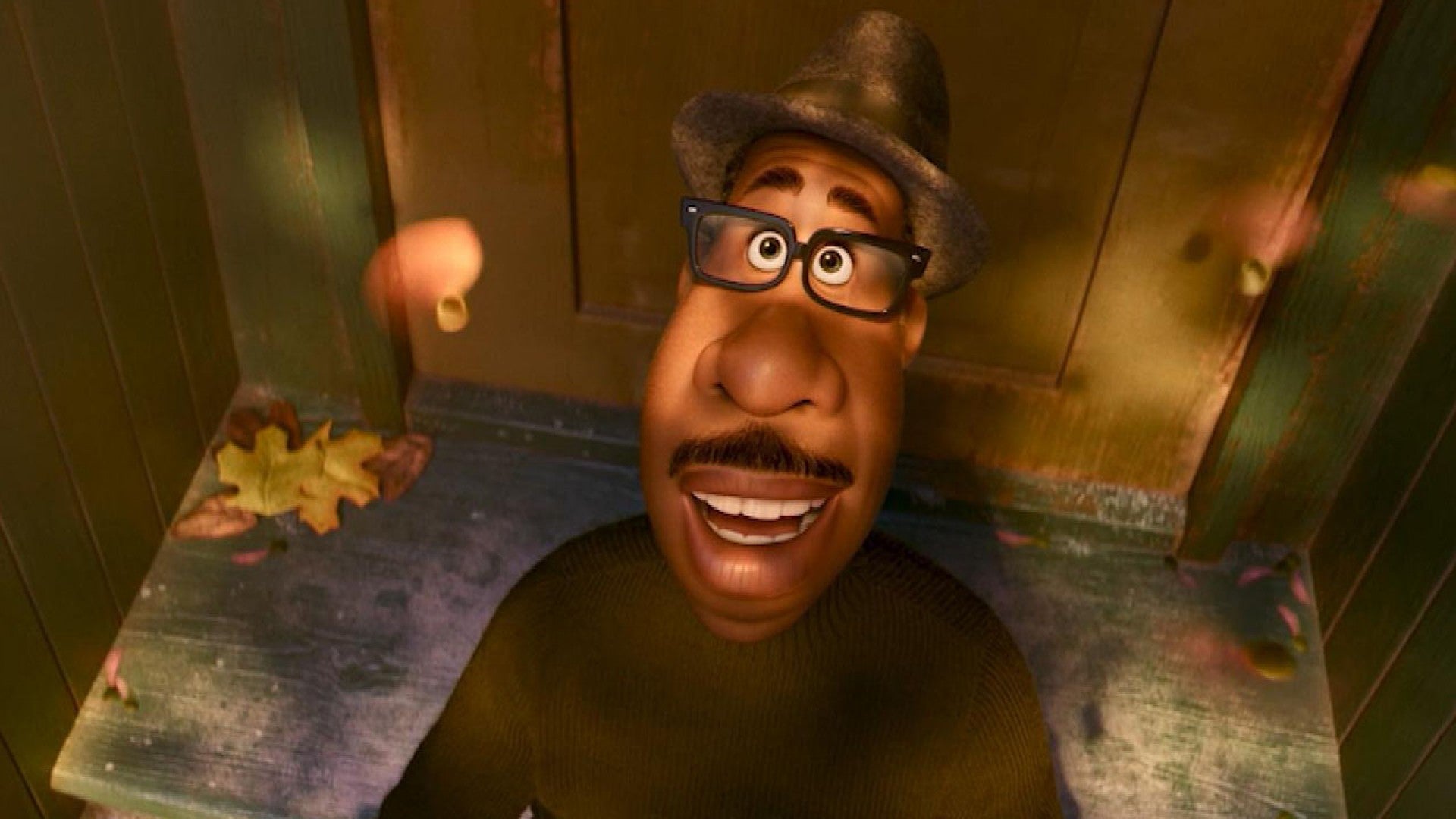 The moral of the story is one of the most relatable. Pixar knows how to make you cry and seeing everything come together to give you a message always leaves you in tears. However, while the message is something we all need to hear, does that make the film automatically good? Not exactly. Take another Disney film such as “Ralph Breaks the Internet“. The moral of that film was that sometimes friends need to go their own separate ways but that doesn’t mean you aren’t friends anymore. Yes, the moral was great and might make you cry, however, that doesn’t mean the rest of the film gets a pass.

The Plot Is Half and Half

The plot of “Soul” is where the film really shines through but not without taking some hits. The story of a man trying to figure out his purpose in life while at the same time coping with the fact that his life may or may not have been wasted is deep. 22 on the other hand, is mostly around to make silly references to dead historical figures and for the most part, be annoying. Granted, 22 plays a major role in Joe’s realization about his own life and even has a few ok moments to themselves, but at times it feels like the story doesn’t know which character to focus on.

The afterlife portion of the film feels completely unnecessary. The film could have just followed Joe as he interacts with the people around him. His final revelation about the beauty of life and not wasting it didn’t need the afterlife or 22 to arrive at that conclusion. Just interacting with Joe’s barber feels like a very human conversation. His reasons for staying a barber rather than pursue being a veterinarian is something many people go through every day. Sometimes you don’t always get what you originally pursue but that doesn’t mean you don’t end up living a happy life. 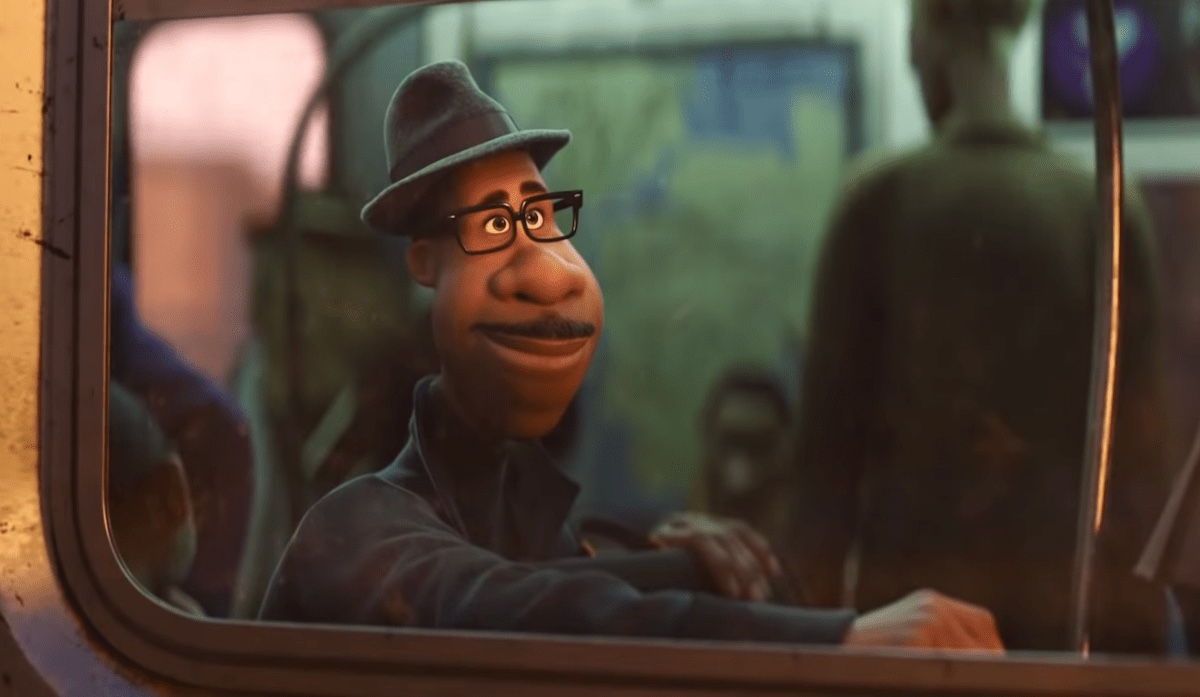 “Soul” reminds me of another Pixar movie. If you’ve ever seen “UP” you know how devastatingly sad the intro to the film is. Watching Carl and Ellie’s life unfold without having any dialogue was absolutely beautiful. However, the rest of the film while ok never hit that sweet spot. The same can be said about “Soul“.

It’s Secretly a Man Turns Into an Animal Film

One of the concerns voiced leading up to the movie’s release was turning yet another nonwhite lead into an animal or creature of some sort. With the reveal of “Soul” it seemed to be going in that direction. This human character would be turned into a blobby like soul. Of course, trailers and footage teased that we would be seeing more of Joe as a human throughout the film. Technically this turned out to be true, however, the monkey’s paw clenched another finger. We did in fact see Joe as a human but only his body. Around the midpoint of the film when viewers finally think they’re going to see Joe return to his body, it shakes things up a bit by putting 22’s soul inside Joe’s body and Joe’s soul goes into a Cat. 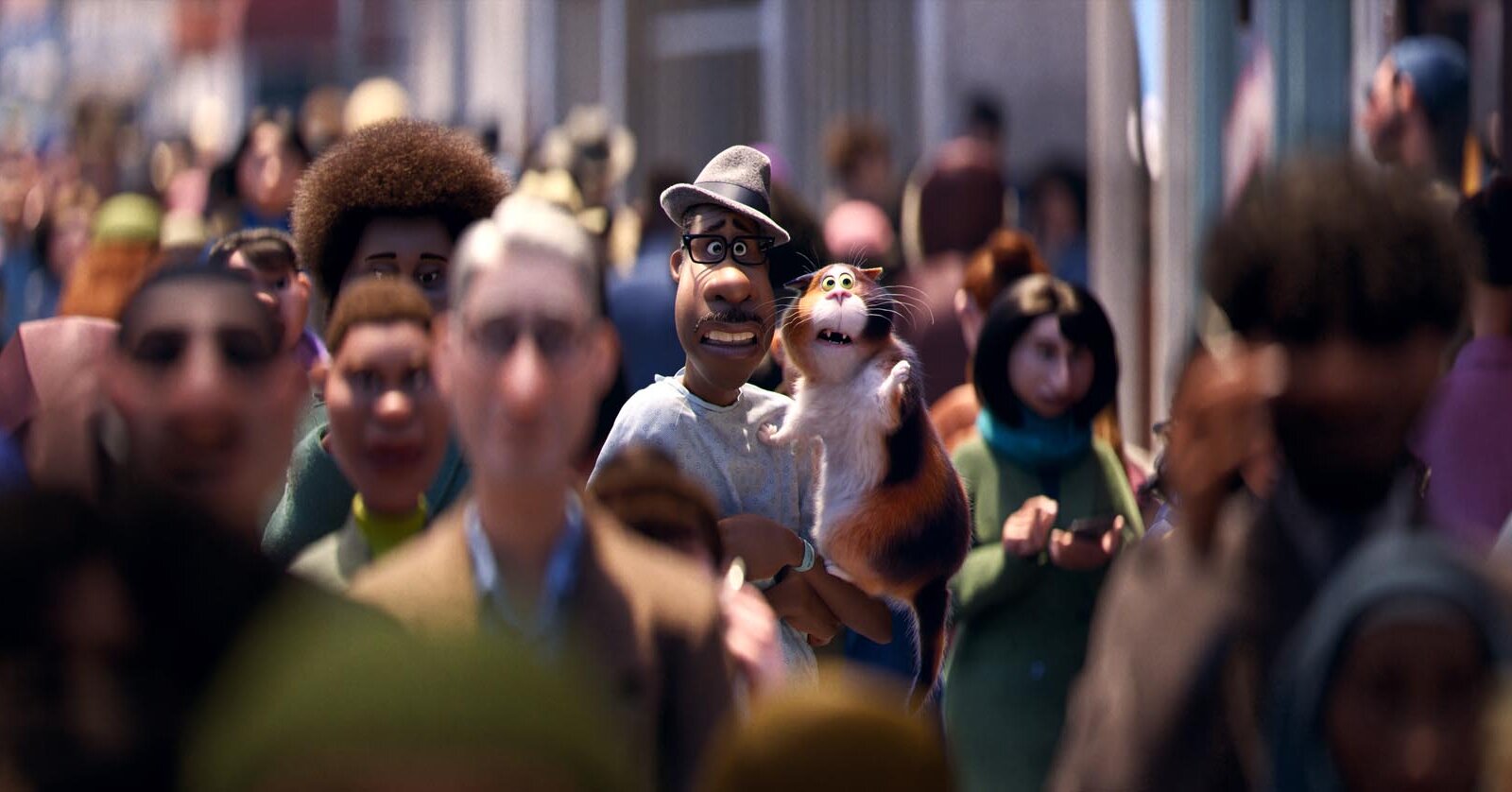 The human turns into an animal trope has been done so many times by other unsuccessful movies. It just leaves one cringing at the fact that the studio decided to go in this direction with an idea that seemed to be building up to something more interesting.

While this is happening, we get to have conversations between Joe’s barber, his student, and his mother. Each conversation helps Joe realize something about himself or the world around him, however, it’s not really Joe who experiences these things firsthand. Instead, the interactions occur between 22 and the people in Joe’s life.

Joe doesn’t inspire his student to continue pursuing music, 22 does. Joe doesn’t bring himself to get to know his barber a bit more either, again, this was all 22. Finally, the confrontation between Joe and his mother only happens because 22 talks back at her. This was a very big moment for Joe and the result is one of the most relatable and down to earth responses we could get. It just doesn’t feel like we’re watching Joe anymore.

The Afterlife Kind of Sucks

One detail that messes with the vibe is how new souls work in this world. Your passions, your personality, your dislikes, and such are all determined before you’re even born. Logically, by that reasoning nothing you do on Earth matters. It’s not the people you meet or the situations that shape you as a person as the movie tends to imply. Everything you are was already predetermined. This detracts from the message of living your life and enjoying the things that give you meaning.

Some would argue that that the film’s finale retcons this with the line “Your Spark is not your purpose”. However, while the spark is only necessary to get to Earth, the film never states that you can deviate from the predetermined personality traits you were assigned. If the Jerrys determined you were going to be an egomaniac then you’re stuck that way. Have anxiety? It was Jerry’s fault. 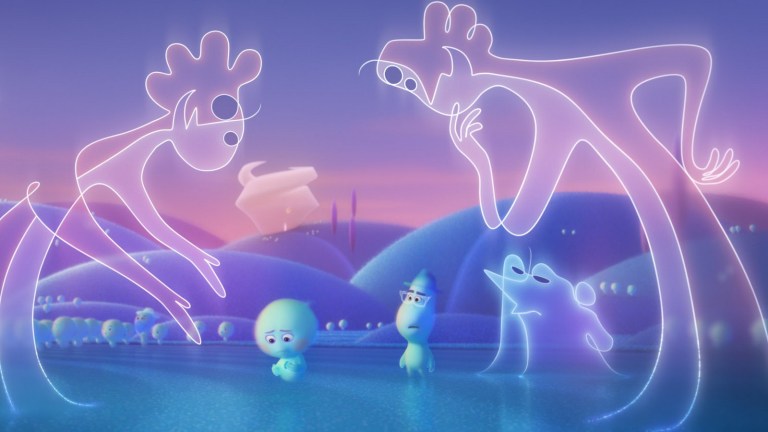 The design of the afterlife is also not that creative. I get that it’s a kid’s film so you shouldn’t be so hard on it. However, Pixar shows that they are capable of telling an intensely deep story set in the human world. They can take those everyday moments such as teaching a class or auditioning for a Jazz band and make them interesting. However, when you get taken out of that world and dropped into another where people are represented by blue blobs it sucks the creativity out. We know it’s easier to sell “Soul” plushies and toys this way. Like a wise sage once said “Merchandising, where the real money from the movie is made”. 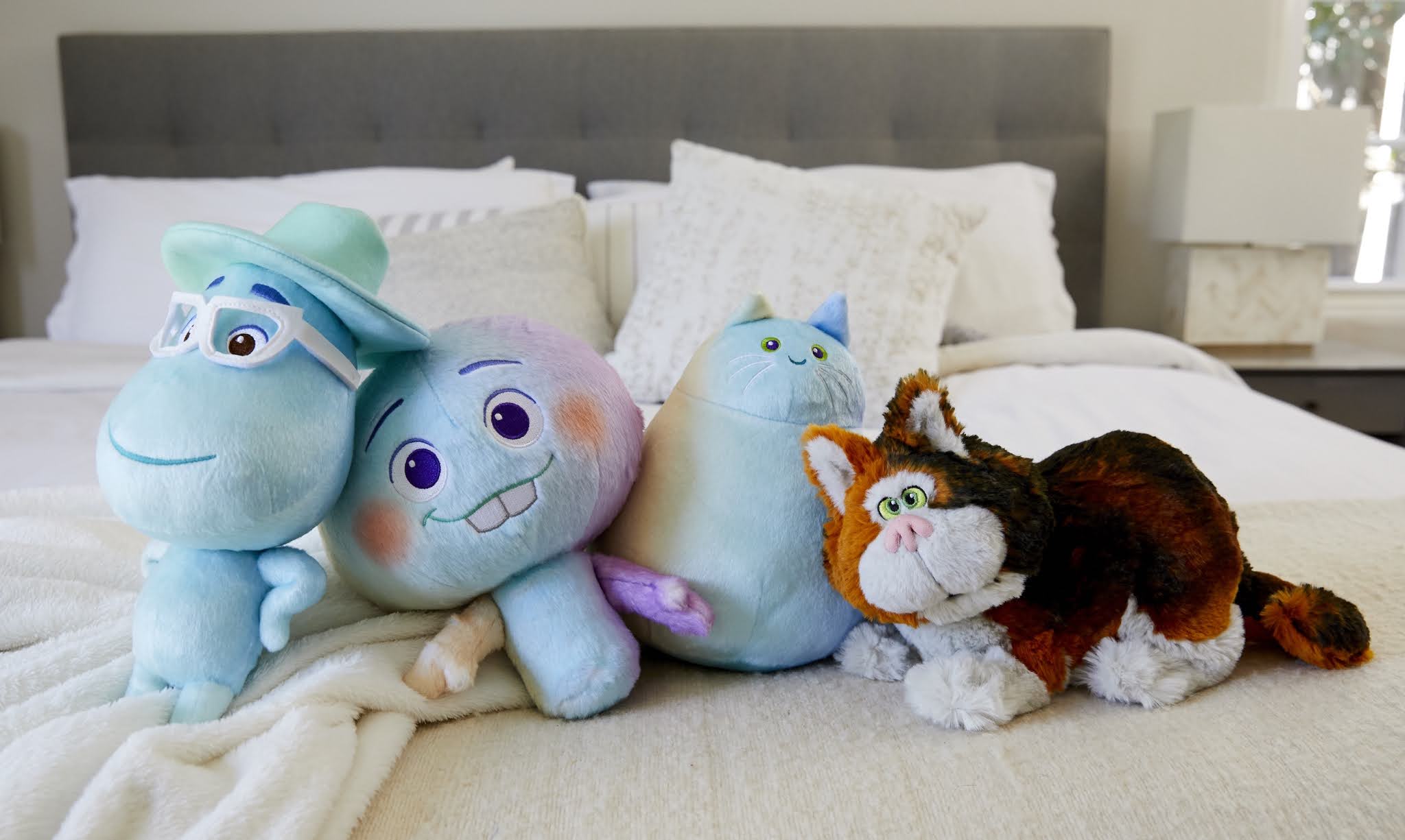 Should Soul Go to Heaven Or Hell?

Despite rave reviews from critics and fans, I feel like “Soul” just barely makes it into the good place. It had many great qualities and mature themes. Not to mention, it had some absolutely gorgeous moments that make you appreciate life. However, these moments set a bar that is just not held up throughout the rest of the film. To describe it best, “Soul” is like a Pizza where the other half is Hawaiian. Take the slices that make you happy and ditch the pineapple.