Zombies have taken over our media. Everywhere you go there’s a brand new take on the genre, some clever, others not so much. One of the most popular mediums however has been videogames. Titles such as “Left 4 Dead” and “Dying Light” have made their mark on gaming. However, sometimes you want to take things a step back. You want a more accurate experience to the original zombies first pitched by George Romero. So here is a special list of zombie games across the genre that take you back to a simpler time before zombies sprinted, scaled buildings, or had special abilities.

No More Room in Hell (PC)

First on our list is “No More Room in Hell”. If you are looking for a disturbingly accurate experience look no further than here. NMRIH gives players hell with its inventory limitations, scarcity of ammunition, and relentless undead. It offers a variety of game modes such as survival and objective-based. The objective-based game mode forces players to keep moving through the map and complete a variety of objectives such as finding fuel, turning on generators, or finding items necessary for unblocking a path.

Here, the undead have no special powers. They won’t spit at you, they won’t explode when you kill them showering you in acid. The dead are slow but they are deadly. Like the source material, the undead have a lethal bite and players can get infected in only one hit. Get too close and you’ll need to find some medicine to hold you over. However, once bitten there is no definite cure and you’ll need to keep finding medicine to keep the spread at bay. 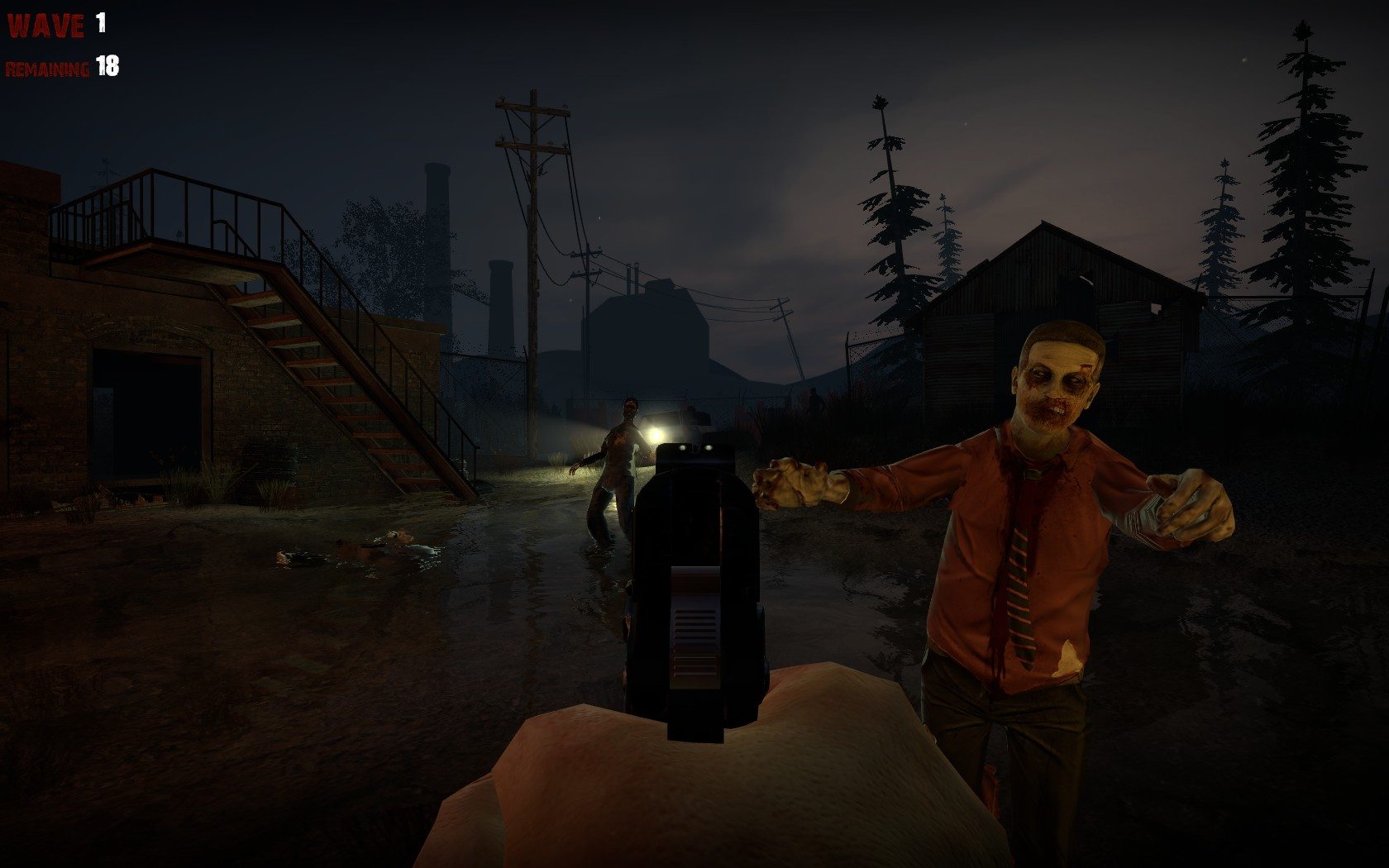 NMRIH is best played in a group. Up to 8 players can play in any session and coordination is key if you wish to make it to the end alive. NMRIH is excruciatingly hard to play solo but not impossible. The game can be slightly difficult to start getting into if you’re used to a more casual experience. Luckily, the game is free-to-play on Steam so you can try it without having to cough up any dough. There is also a sequel game currently in development. You can see their official blog here.

The second game on our list is very similar to the first. However, “Contagion” tweaks the gameplay just enough to feel like a different experience. Once more there are objective and survival missions as well as other game modes that require a full lobby. The game mode we will focus on in this list is “Escape” 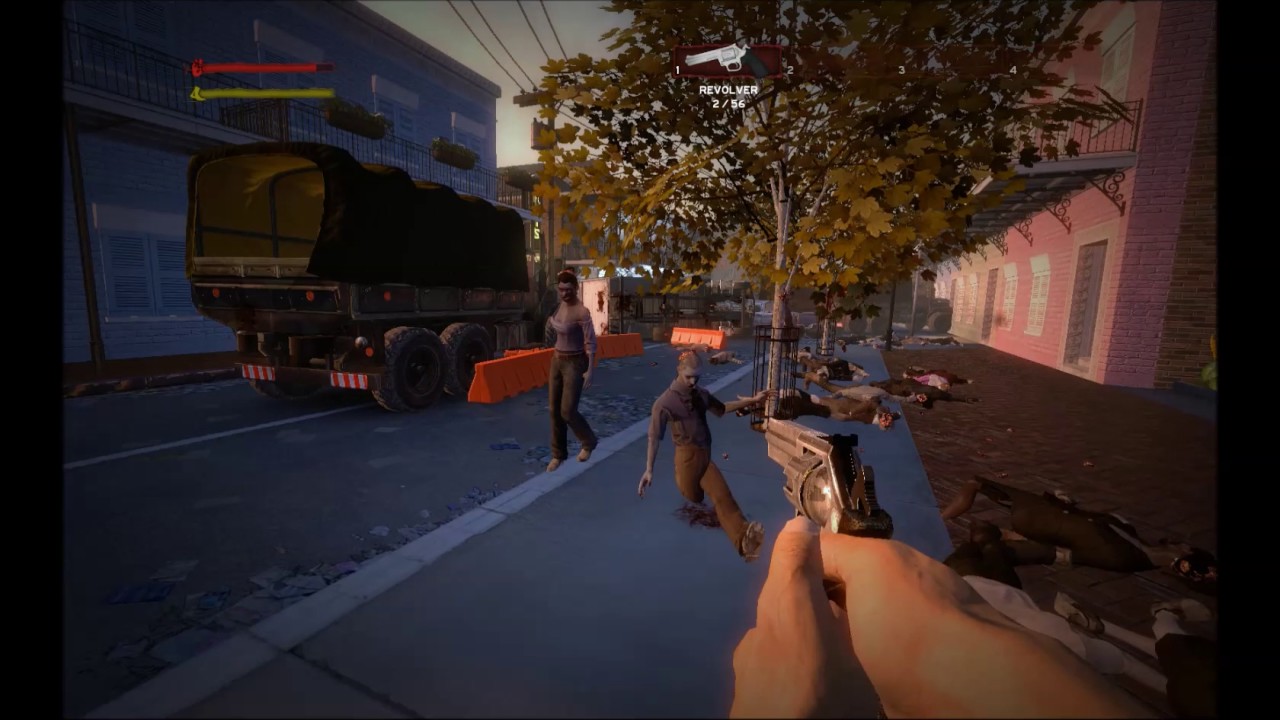 “Escape” once again forces players to venture through a city or a facility in order to reach rescue. The dead are just as slow however, this time, the player can only carry up to four items at a time. When playing Solo you will need to decide which weapons you wish to take with you and which items you will be forced to leave behind. Luckily, you can also play with friends, so each new player allows your group to carry an additional four items. 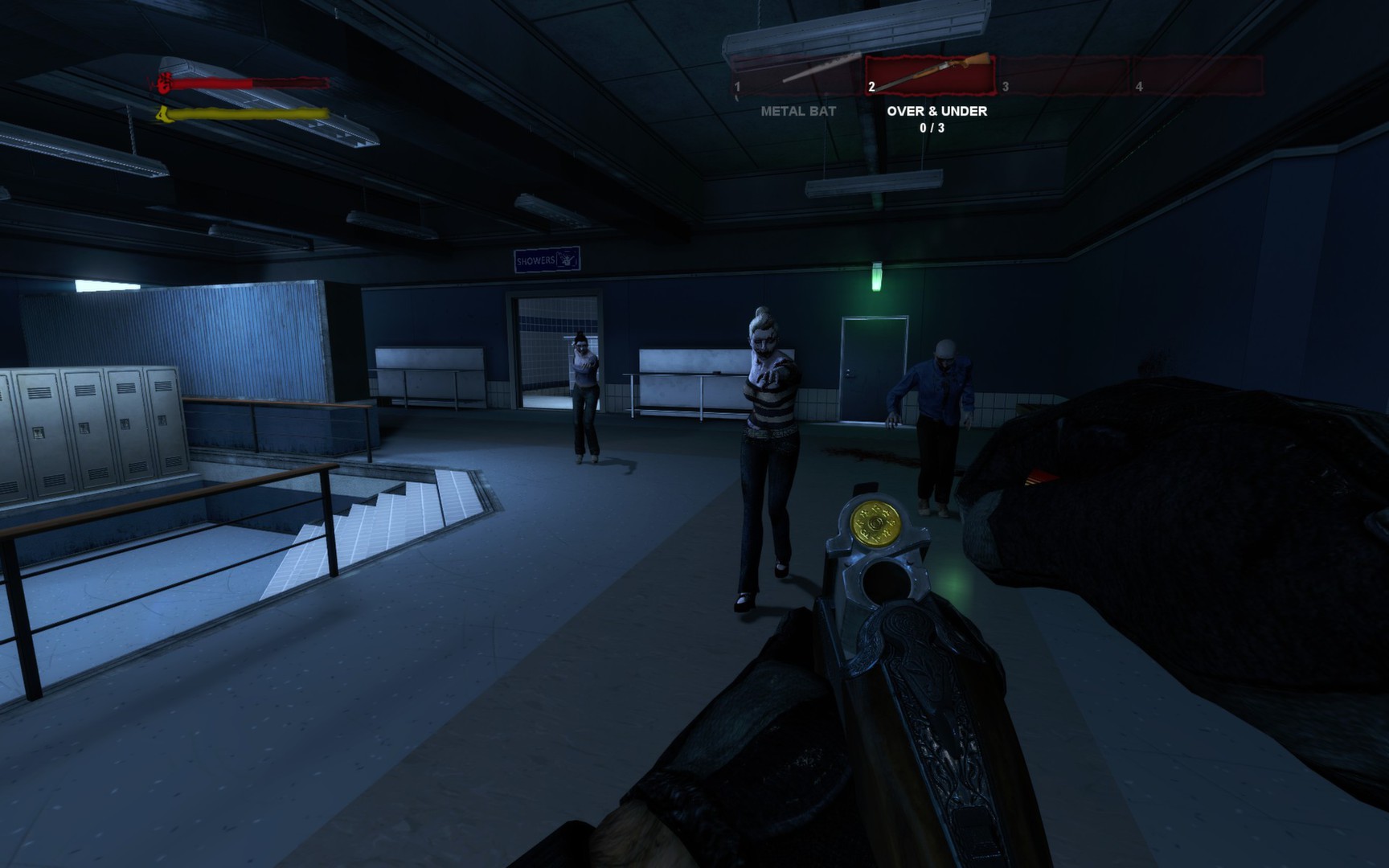 This time, zombies don’t infect you with a bite. However, they are slightly more nimble and react to sound. Also accurate to the genre, the undead can only be killed with a well-placed headshot or a blow to the head using one of the many melee weapons you can find. So aim straight and try not to miss as you make your way to safety.

Next on our list is the original “Dead Rising“. Formerly an exclusive on Xbox 360, it has been released on all platforms in HD. “Dead Rising” offers a slightly more “goofier” take on a zombie outbreak, however, it has a few key features that put it on this list. If you’ve ever seen the original “Dawn of the Dead” you might wish you could survive a zombie apocalypse inside of a shopping mall. “Dead Rising” lets you do so.

At the time of release, “Dead Rising” was known for the number of zombies it could have on-screen at any one time. It also does something else really well which is allowing players to use almost anything they find in the mall as a weapon. 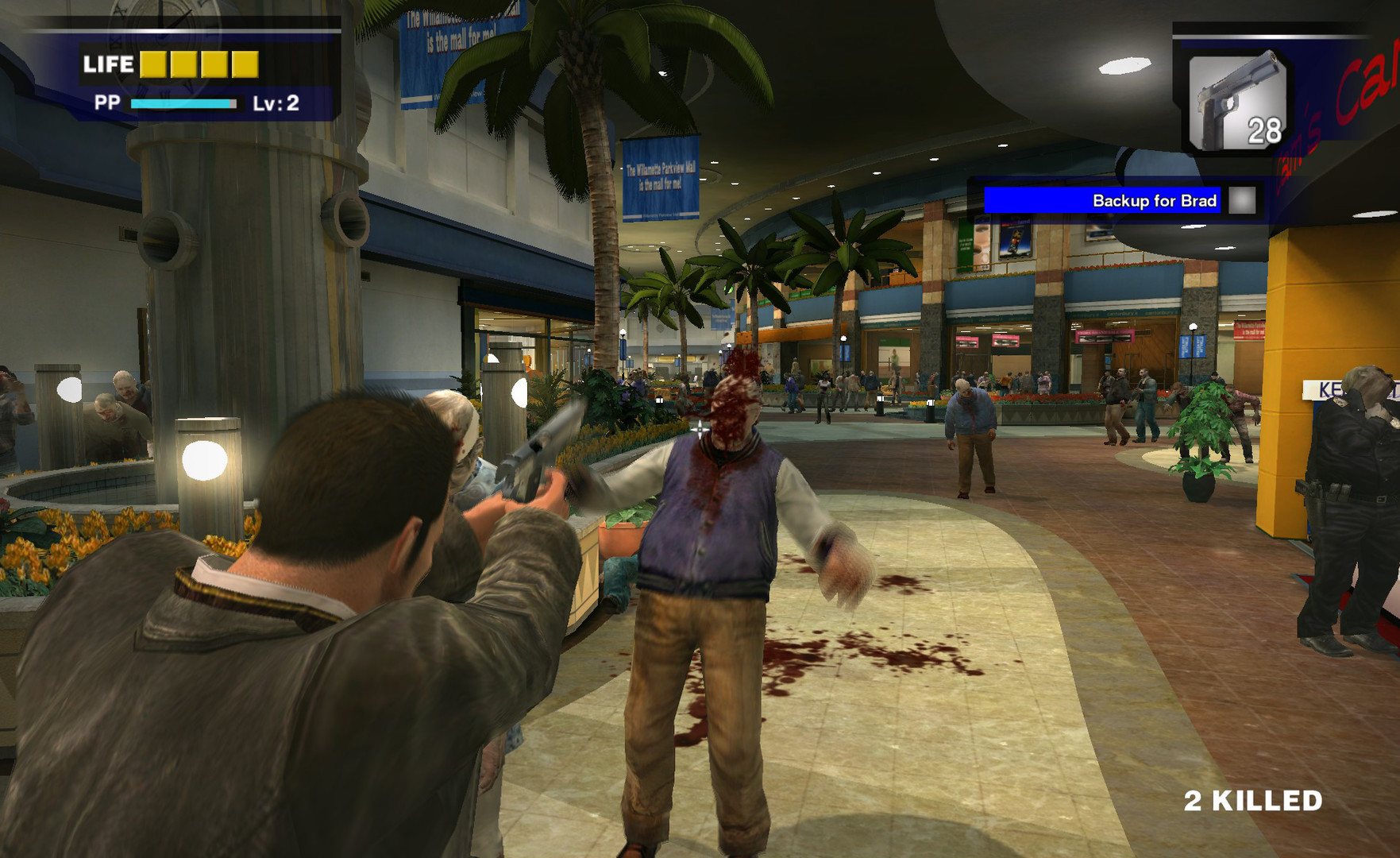 “Dead Rising” is unique amongst zombie games but also amongst games in general. The story takes place within a span of 72 hours in which Frank West must uncover the truth behind the outbreak. This equates to 6 real-time hours of gameplay. Missions are timed and waiting too long can result in a game over. However, if you just want to fool around, just fail the first mission and select “continue playing”. Then, go run around the mall. Try on a few outfits and spend the remaining hours finding new and creative ways to kill zombies.

Land of the Dead: Road to Fiddler’s Green (PC)

This last one is a bit of an oddball and by no means easy to find. It is a licensed game based on George Romero’s Dead Series, specifically his 2004 film “Land of the Dead”. By today’s standards, the game has aged plenty since its original release in 2005. However, there is still charm in it for the enthusiast if you manage to get your hands on it. Not to mention it is one of the few zombie games directly based on the works of George Romero. 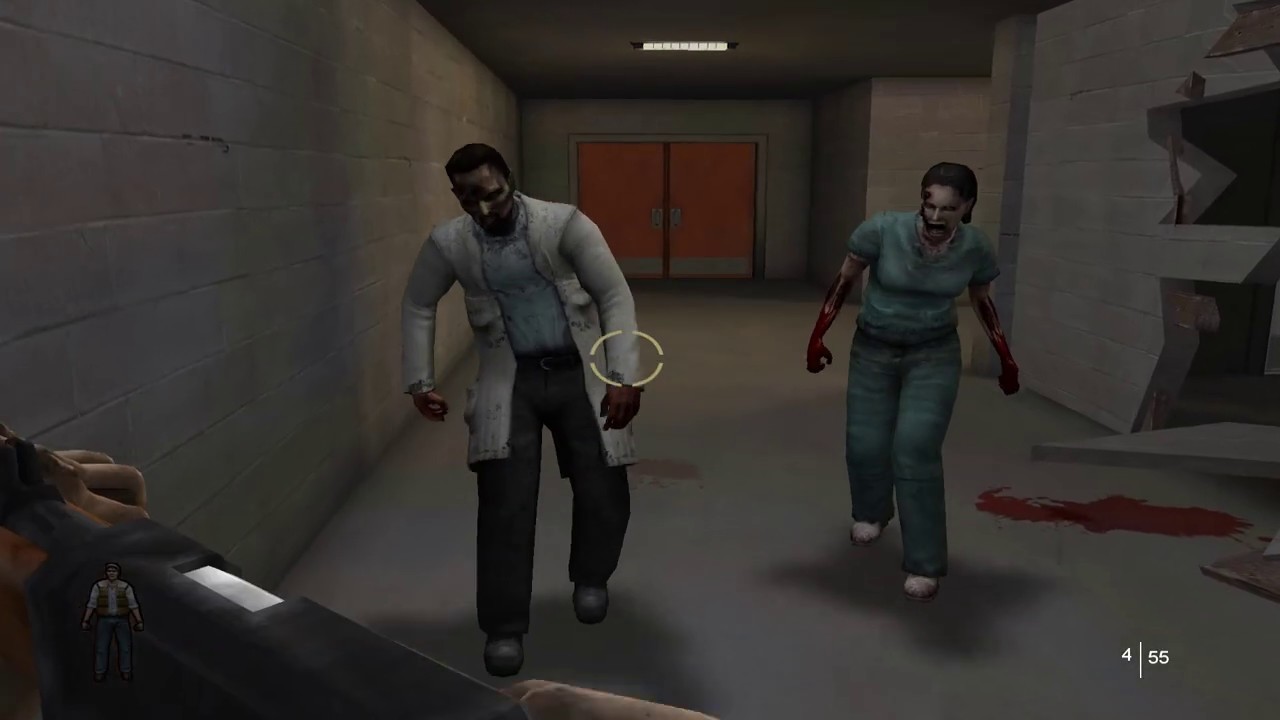 Each level is quite linear. You have limited ammunition and too many zombies running around. Depending on the weapon, it may take more than one hit to the head to vanquish your foes, however, the game makes up for it with its sound design. “Land of the Dead: Road to Fiddler’s Green” oddly enough has a pretty decent soundtrack and the zombie sound effects are enough to make you feel uneasy.

Zombies may be slow but it’s easy to get overwhelmed. When entering a new area you’ll be able to hear the undead in the distance but you never know where or how many. It’s especially creepy when they sneak up on you and catch you by surprise.  The game also has a few “fun” special weapons that make for an interesting second playthrough. 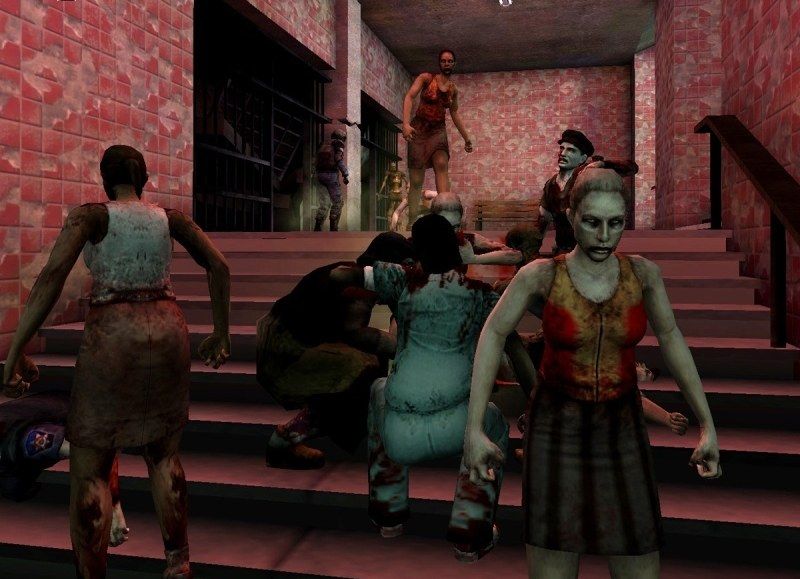 In the age where zombie games feel the need to add twists to the genre in order to stay relevant, it’s nice to know there are games out there that still follow the rules established by the godfather of zombie movies, George Romero. So turn off the lights, put on your headphones, and prepare to experience the zombie apocalypse the way it was meant to be.