Are the Resident Evil Movies as Bad as We Remember?

Film adaptations of popular videogames never really pan out too well. Unless of course, you are Sonic the Hedgehog. We’ve seen this happen time and time again with the “Super Mario Bros Movie“, “House of the Dead“, and even “Tomb Raider“. However, one game franchise actually managed to get six whole theatrical releases before finally dying out. This franchise, of course, is “Resident Evil“. With a current reboot of the film franchise rearing its head around the corner, it’s time to ask. Were the original six “Resident Evil” movies really that bad? Let’s take a look.

What went wrong? Well, what didn’t? The “Resident Evil” movies branched away from the main storyline while at the same time trying to keep the core game integrated. It introduced characters and plot threads only to unceremoniously ditch them in the next film. 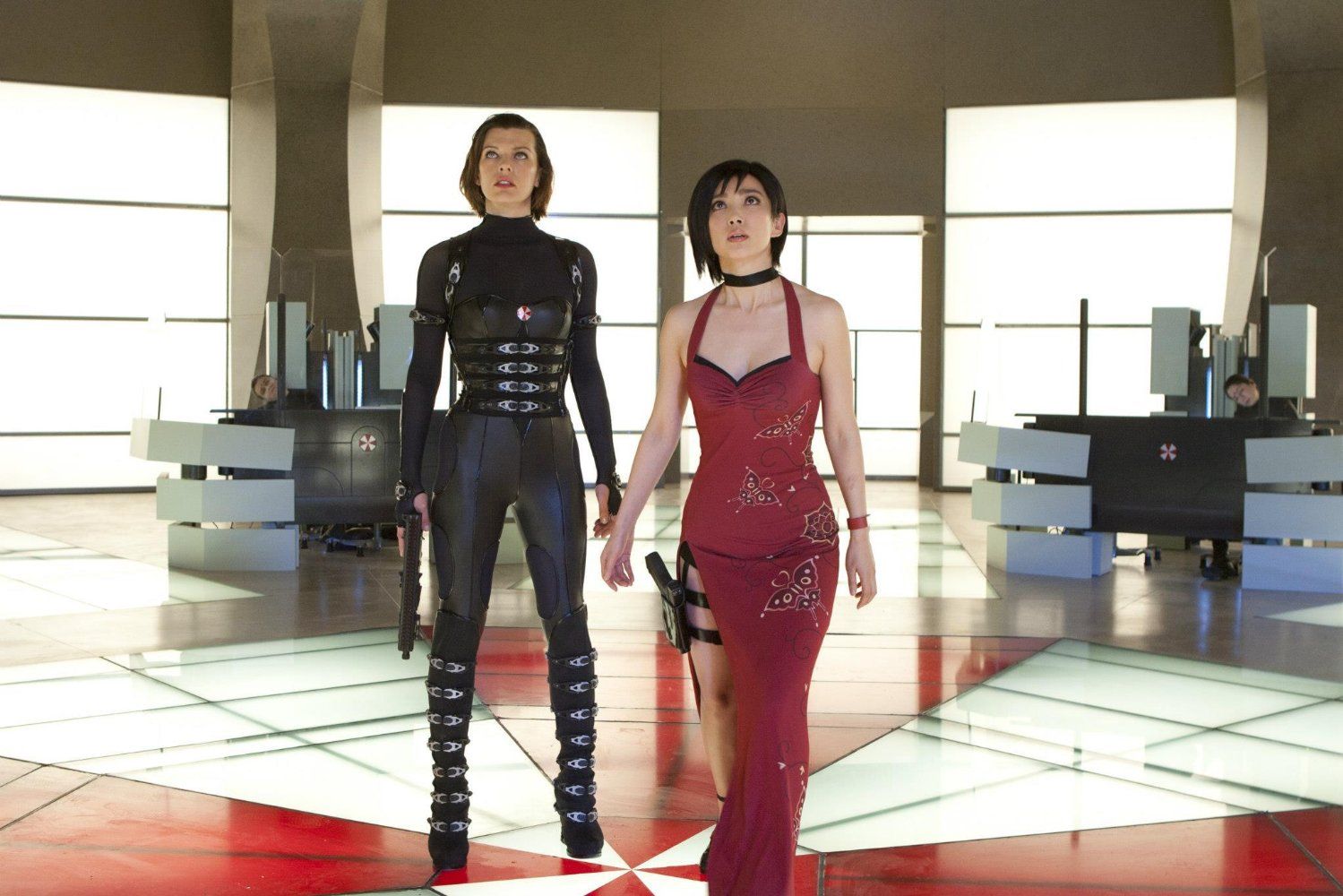 Making a movie based on a videogame can be troublesome. Games usually have 6 or more hours of storytelling. To compress all that into a two-hour movie can be challenging. The first “Resident Evil” movie worked around these problems by making the film’s plot only loosely based on the games. Rather than try to recreate the events of the first game, it took the core elements of the franchise, Umbrella, biohazards, and zombies to create their own action flick. While not exactly a masterpiece, it didn’t ruin any characters or make a mockery of the source material.

However, the films didn’t ignore the games completely. We definitely got live-action versions of fan-favorite characters as the series went on. However, their stories usually took a backseat to Mila Jovovich’s character, Alice. Despite this, it was still fun to see them make an appearance or at least some more than others. Fan-favorite monsters such as Lickers, Ganados, and Executioners all get their own scenes and roles in the films as well.

The Plot and Settings

One of the major flaws of the films is how they handle the plot. There is a habit with these films where the ending leaves on a cliffhanger only to ditch it by the start of the next film. The only one to really follow through was the first title, which did lead to the events of Racoon City.

Possibly the biggest failed cliffhanger was in the penultimate film of the franchise. Here, Wesker, Leon, Ada, Jill, and Alice look at the horizon. There are thousands of zombies and bioweapons swarming the White House. How will they get out? This sure does sound like an amazing fight sequence! “Resident Evil: The Final Chapter“, however, kicks off right after the fight. Leon, Jill, and Ada are never mentioned again and the thousands of undead in the area mysteriously vanished.

Settings were also vastly retconned between films. In “Resident Evil: Extinction” it was established that the world became a desert planet because of the T-Virus. However, by the very end of the film, we see a very rainy Japanese city. The desert Earth setting was also swept under the rug until the final film decided to bring it back for some odd reason.

Another rather confusing plot decision came in the form of character motivations. One second, Umbrella’s automated defense AI wants to protect humanity by preventing the virus from escaping the labs of the first film. The next, she wants to destroy humanity only for that to be retconned yet again in the final film. Turns out this entire time she was only searching for someone “pure of heart” to save the day.

It seems that most people who are fans of the games think the “Resident Evil” movies were absolutely terrible. In some ways they are correct. However, it did have some positives

First off, if you stop thinking too deeply about them, the “Resident Evil” movies were a fun romp. Each film feels completely different in setting and aesthetic while still keeping with the zombie, monster mayhem. One of the film franchise’s strong points is its abundant action sequences. No matter how ridiculous it gets, each action sequence is undeniably cool to watch and is the main reason I personally keep coming back

You could watch any of these films and be treated to a completely different setting. The first film takes place in a lab, the second in a city, and the third in a “Mad Max” inspired Earth. With the introduction of each new location, it also provides plenty of more set pieces for action sequences

“Resident Evil: Apocalypse” also does something not many other zombie movies do by actually showing the chaos of a city being overrun by the undead. Most other zombie films tend to veer away from this either by starting off sometime after society collapses or with survivors being knocked out only to wake up later during the aftermath. The only other film to have scenes like these is “World War Z” which came out many years later. Again, another film adaptation that derives from its source material to a fault but is still fun to watch from time to time.

Six films later “Resident Evil” fans are still waiting for a proper adaptation of the popular survival horror franchise. That wait might actually be over. A new “Resident Evil” film is set to release in 2021. ROEnetwork recently tweeted photos of film locations showcasing what the Spencer Mansion might look like.

The film is set to release sometime next year and borrow elements from the first and second games. With any luck, it will be a much more faithful adaptation than the original six films.

Another Resident Evil project also slated for release in 2021 is Netflix’s own series, “Resident Evil: Infinite Darkness“. The series is set within the game’s canon and will be entirely CGI. It is a similar take to the other direct to DVD films.

So looking back at the original film franchise is it really as bad as we remembered it? Of course! However, that doesn’t mean it’s unwatchable. The “Resident Evil” movies may be stupid and confusing at times but they are a lot of fun to watch just for the action. It falls under the category of so bad it’s good. As for the future, it seems there is plenty to look forwards to for “Resident Evil” fans. So don’t lose hope perhaps the next film will get it right. Until then, we can always just watch a cheesy horror/flick.