Ready Player Two: How Nostalgia Can Be A Bad Thing

“Ready Player Two” the novel came out this week. You might remember this series from the film that came out in 2018. “Ready Player One”. Where a Gundam Mech fights Mecha-Godzilla during the climax. Where a mob of videogame characters containing Tracer from Overwatch, Chun Li from Street Fighter, and even Lara Croft from Tomb Raider charge at the enemy during the climax of the film.

You may have had a hard time reading those last few sentences but believe me, it’s the perfect example of why the film nor the books work. We are not here to review the new novel most people are already taking jabs at it. Instead, let’s take a look at the trouble with nostalgia and how it holds such a project back, and how other projects can succeed.

Everybody loves a little nostalgia. There’s nothing like remembering the good old days. Things were much simpler, or at least they appeared to be. You might remember a show, a film, or even a game that existed long ago and hasn’t since. These things become a relic of our pasts and remain in our memories. 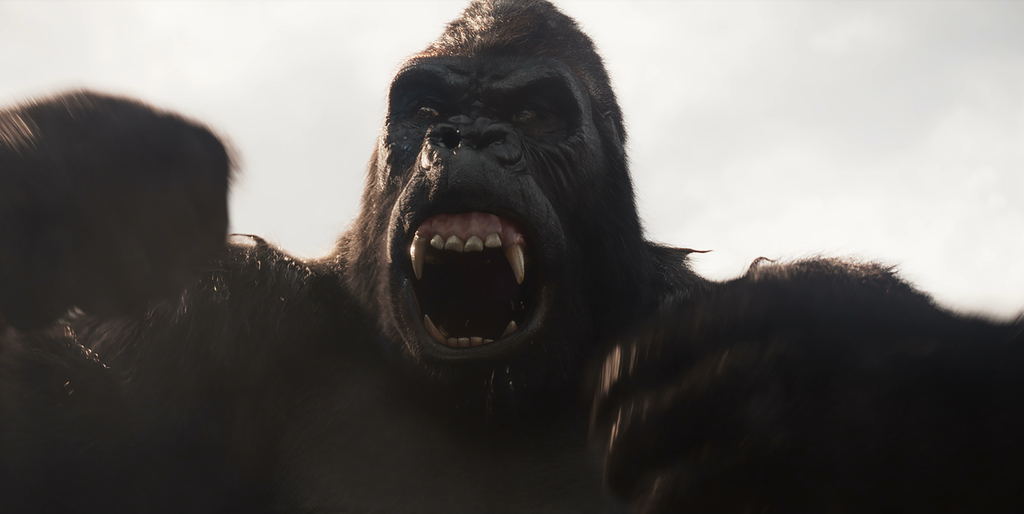 Every now and again media reminds us that those entities existed at some point. This comes mostly in the form of reboots. Remember “Carmen Sandiego”? Well, it got a nifty new reboot on Netflix. “Thundercats”? It got its own Cartoon Network revival, which didn’t pan out as well. Nostalgia based reboots don’t always produce gold, but they provide an easier way to gather viewers. If done correctly, you can potentially create something new from an old IP that is both unique and interesting.

“Ready Player Two” doesn’t really fit in the category. It’s not a reboot of anything and it’s not expanding much on what already existed. Its sole purpose is to spit out as many nostalgic pop culture references with a new easter egg as an excuse. It comes to a point where the references become a distraction and painful to get through.

Nostalgia can be used in a variety of ways. You can take an old IP and expand it, or you can use it as a template for something new. One example of something that started anew was She-Ra. It took the basic concept of the show and started fresh. It changed character dynamics and made the plot much deeper for the modern age.

Something nostalgic can be made into something new. Take Netflix’s “The Dark Crystal: Age of Resistance” for example. It leaves everything the way it was but it expands on the world and its lore. It does not try to remake the film but rather answer some questions that may have been on your mind after watching it.

Focusing solely on the nostalgia factor doesn’t do a story any good either. Another film that focused too much on nostalgia was “Star Wars: The Force Awakens”. Much of the plot was a retread of A New Hope and essentially reset the conflict and the status of the Jedi. 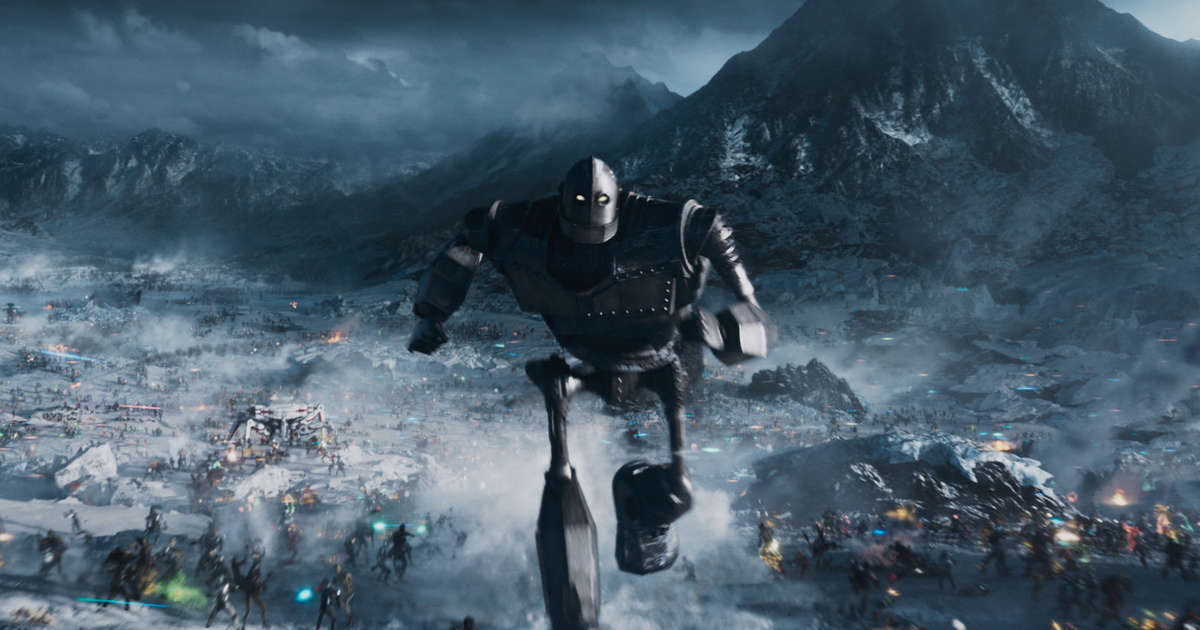 The writing is also some of the most hollow content I have ever read. Every action and every set feels like an excuse to make some sort of reference. By now you’ve probably already heard about the reference to “Hitchhiker’s Guide to the Galaxy”. Where the writer goes out of the way to make the reference, explain where it comes from, and then have his character chuckle at it.

Well, there is also a “Back to the future” reference. Where the author finds it necessary to not only name drop Marty Mcfly, but explain every single reference in detail. The best way to describe the writing would be as if I, the author of this article were to type in.

I began to write an article about nostalgia, just like Clark Kent who is a reporter of the Daily Planet in Superman Comics. I seemed to have writer’s block, just like J.K Rowling, author of the Harry Potter Series had during The Order of the Phoenix. As I take a sip of my coffee to help me focus I notice something. The mug has the words “world’s best boss” written on them. I felt like Michael Scott from The Office. I chuckle as I say to myself “That’s what she said” 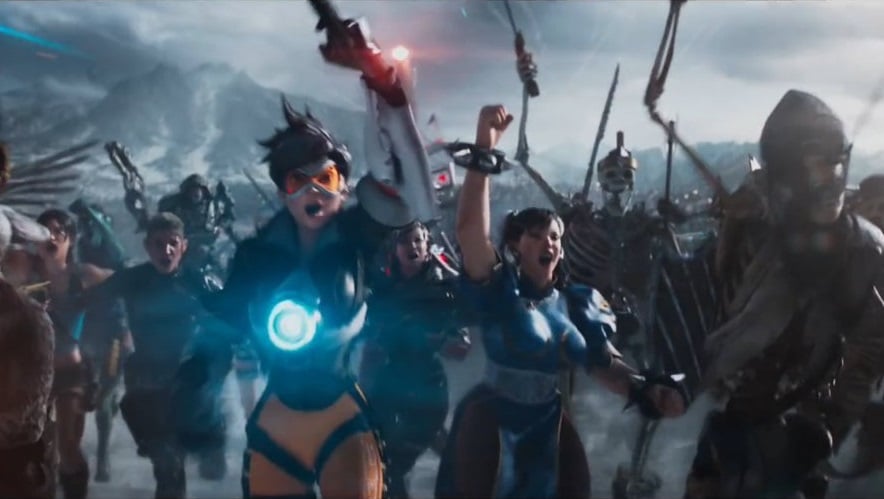 Writing like this just doesn’t feel real. In fact, it feels like it was factory-made. It wasn’t written by a human being but rather, a machine that was designed to look for trends and pointless trivia.

From Homage to Crutch

When does a simple homage begin to get dangerously close to getting in the way of the story? One of the key elements in any story writing is to create something genuinely interesting on its own. “Ready Player One” had an interesting premise and the opportunity to create a dialogue. Yet it never does delve deeper than a kiddie pool. However, with the sequel, those problems are bumped up even more. At least in a visual medium like a film, you can have these references in the background. In writing, it’s painful to be interrupted just to hear about the main character’s shoes.

The mark of a good story is thinking about a location, character, or item that instantly takes you back to that world. The Golden Snitch will remind you of Harry Potter (though we’d like to forget), Frodo will remind you of the journey to destroy the One Ring, and Mos Eisley will always be the bar Luke and Obi-Wan enter in search of a pilot. These things become pop culture icons because of the worlds they reside in. If a world only has pop culture icons to keep itself afloat then it has failed as a story.

Take “Stranger Things” for instance. It takes place in the ’80s and is riddled with easter eggs of things that existed at the time. However, it also has a compelling story to tell. It uses the 80’s as a backdrop for the aesthetic but it never lets it become the main focus of the plot. There is enough content to keep someone interested in the story rather than what reference will appear in the next episode.

So is too much Nostalgia a bad thing? Yes. Does that mean you should avoid it completely? No. There is plenty of new media to consume and while it can be grating to see things brought back from the dead, it’s not all bad. As long as there are genuine writers trying their best to tell a compelling story then it can produce something good. If you try too hard to sell the nostalgia and cram it in every corner then the product comes off more as pandering. If you’re still interested in Ready Player Two then by all means go try reading it. It’s a good example of how NOT to include nostalgia in your writing.