In a time when games are moving forwards in graphical capabilities and scale, it’s nice to step back and appreciate the little things. “Dininho Adventures” is a 2-D sidescroller developed by “Dininho Games“, and “QU Byte Interactive“.

The premise for Dininho is as simple as a classic SNES game. You are Dininho, a purple dinosaur who is tasked with recovering missing eggs. To do this, Dininho must explore lush forests, deep caverns, and … Cities? 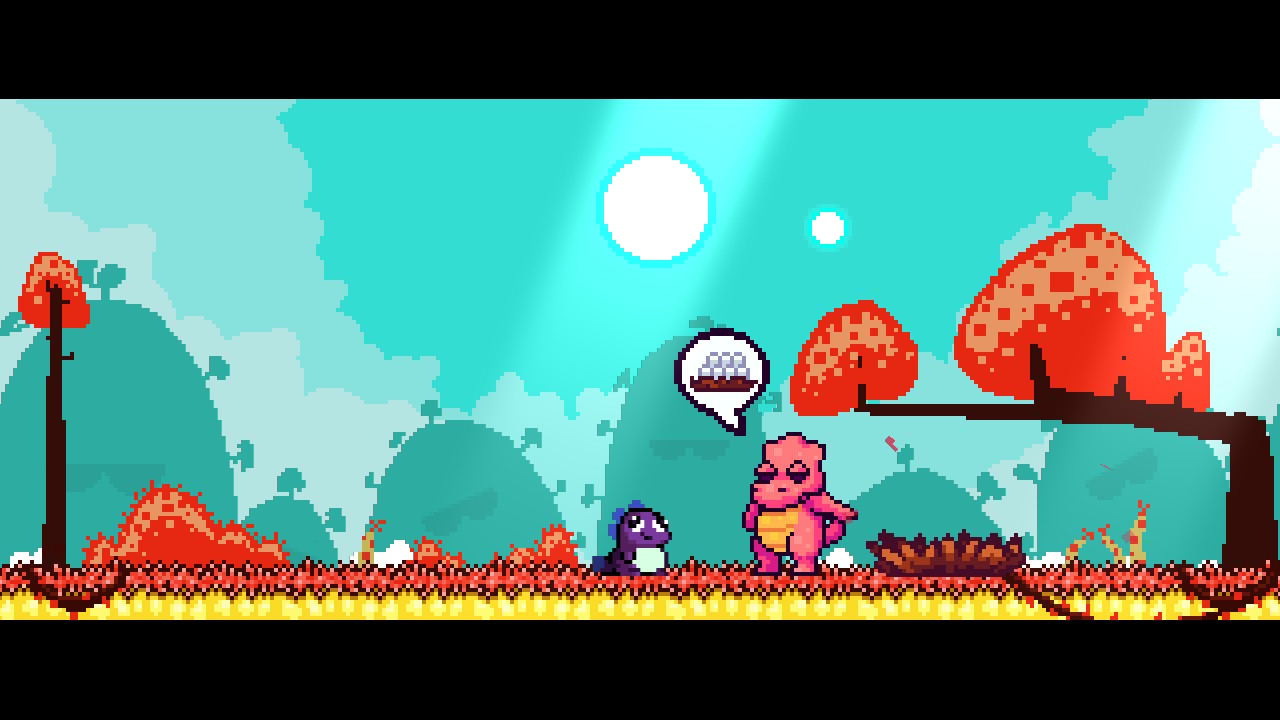 As mentioned before, “Dininho Adventures” is a 16-bit sidescroller. Your goal is to traverse through the levels while avoiding obstacles. There are many eggs for you to collect hidden all across the maps. So look high and low to gather them all. There are also secret areas that require a bit of sleuthing to find. As one of the old classic rules of gaming goes. Make sure every wall is actually a wall.

There are also some different segments that shake up the gameplay from time to time. Some areas will require you to swim, others will have you maneuvering an area in a bubble. The list of little changes in pace goes on. There are also many hazards that need to be avoided and segments where the simple controls need to be played around with to pass an area.

“Dininho Adventures” has only 4 worlds with 5 levels each. Though there might be a little extra later if you manage to unlock it. Of course, this means you’ll have to give things a little extra search time.

The game will start you off easy but will begin to get harder as you progress. Like old SNES games, you’ll eventually find yourself struggling to make a jump, or avoid an obstacle. You’ll definitely have a few deaths that you consider cheap or even frustrating. However, isn’t that how we feel about a lot of old games?

“Dininho Adventures” manages to have plenty of variety when it comes to level design. There are ice caverns, lava segments, forests, cities, and even locations that look like a bathtub. Odd. These level designs and the challenges presented on each stage, really keep Dininho from feeling boring or repetitive. It really captures the 16-bit era of gaming. 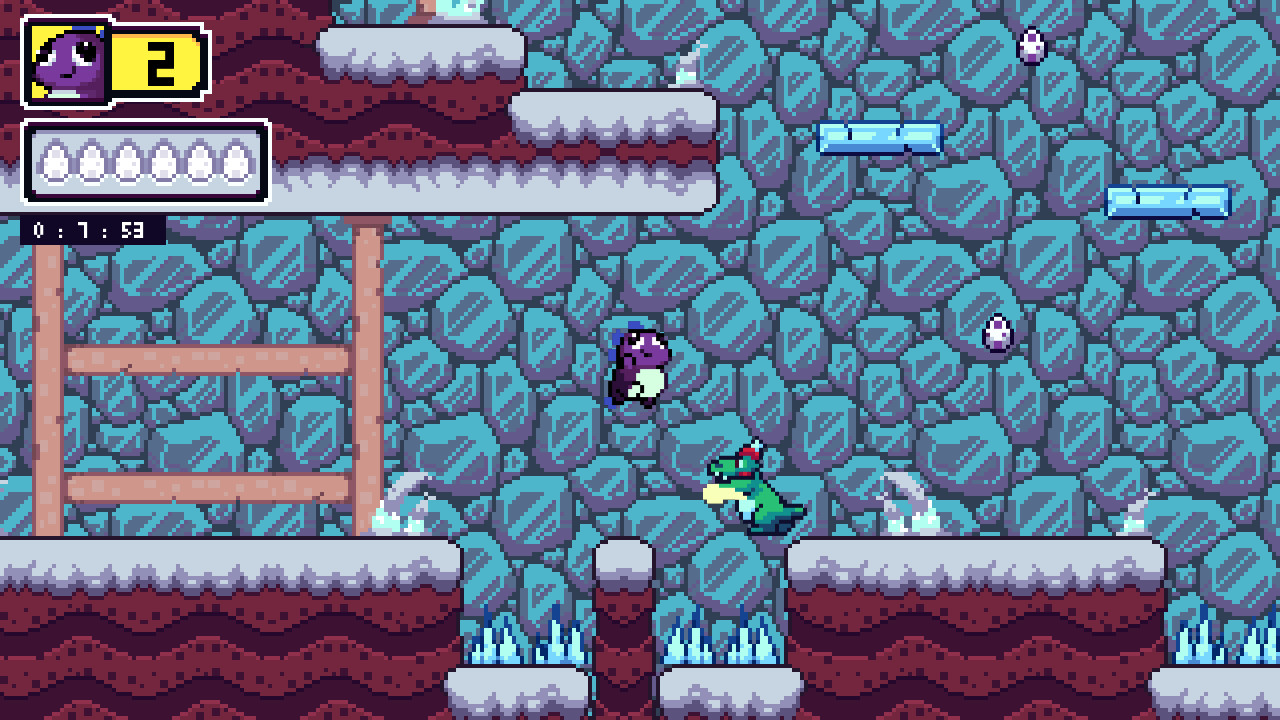 For those who are looking for a little something more, one extra feature added is the timer and the death count. If you like speedrunning you’ll be able to start a fresh game with a new clock that counts up from 0. The death count will tell you how many times you have died during the playthrough. So beat the game, then start a new save and see how fast you can beat it again without dying. 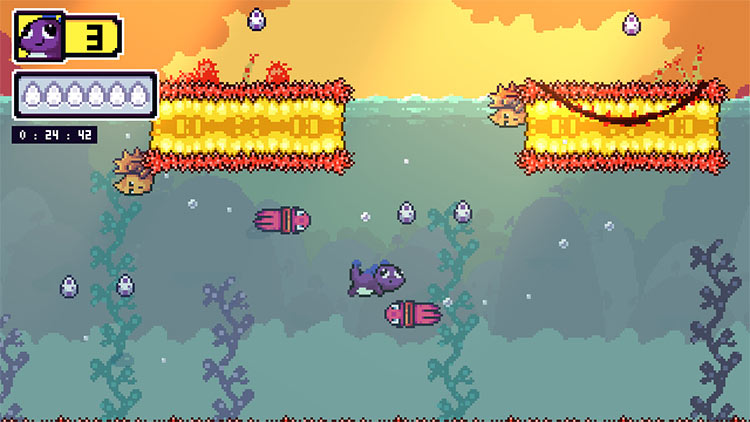 There aren’t really many things to complain about in such a small game. While some deaths do feel cheap from time to time, the only real downside is the soundtrack. It’s not amazing but definitely not the worst. It just feels lacking compared to other games around the same price range and size. While it does enough for the game, sometimes it feels like you need to turn up the volume to the max in order to notice it. For what it’s worth, it at least feels very prehistoric.

“Dininho Adventures” is a bite-sized game for a bite-sized entry fee. It is available on Steam, and on the Nintendo Switch for $5 or less. Personal opinion, Dininho plays best on the Switch due to how it feels in handheld mode. If you’re in the mood for something quick then you won’t regret playing this game. It’s just the right size for a quick afternoon snack.

5 Of The Best PlayStation 4 Exclusives