7 of Gotham City’s Most Wanted Villains

There are a slew of bad people in the fictional city of Gotham, from thugs and enforcers to the supervillains themselves. But one thing is so debatable that it has created countless arguments among comic book readers across the globe: who is the worst? Not just who has the best powers or strategy, but who stands a snowball’s chance in hell of defeating Batman?

Now I’m sure you’ve heard the usual arguments, and maybe even read more than your fair share of comics and have your own opinions. But these criminals are the biggest threats to Gotham and Batman alike. Scared yet? Well, pull up a seat and keep reading, the fun is just getting started. 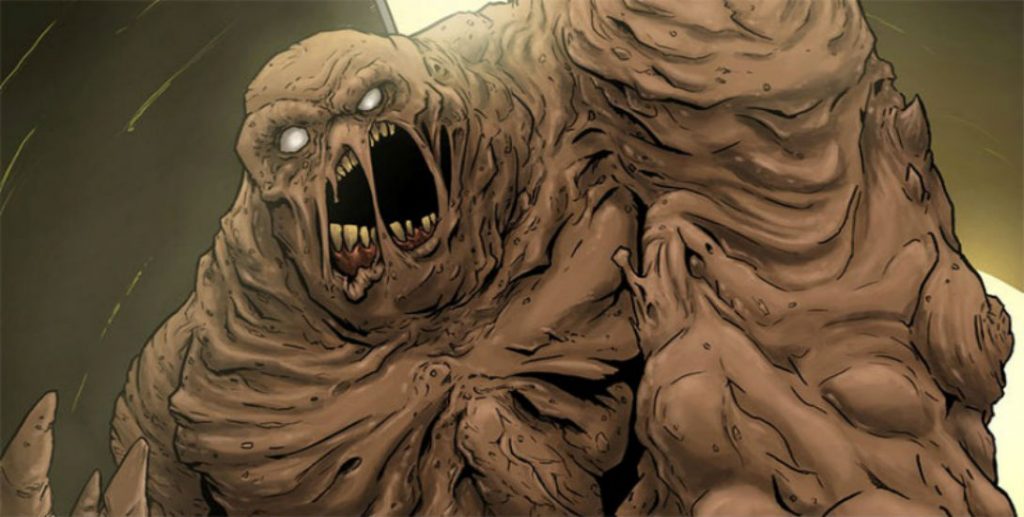 Basil Karlo (a.k.a. Clayface) was a B-grade actor down on his luck when he first showed up on the scene in Gotham (Detective Comics #40, 1940). While there have been other villains to take up the moniker, he was the first, and arguably most dangerous person to go by Clayface. Once he found out that “Dread Castle”, the classic horror movie he starred in, is being remade without him, he loses his mind. He puts on a ‘Clayface’ costume, a villain he played in another movie, and begins killing off actors in the order they were slated to die in the film.

After taking the DNA of Clayface III and Clayface IV, Karlo gives himself immense shape-shifting abilities that make him a much more formidable foe. Following this, Karlo can imitate anyone’s appearance, hiding in plain sight or even as an inanimate object. This, mixed with his incredible strength allow him to be a foe worthy of the Batman.

Most people are somewhat familiar with Deathstroke, due to his climbing popularity in recent years as well as the fact that he’s different from most villains in Gotham. When he was introduced (The New Teen Titans #2, 1980), Deathstroke started out of the gate with a plan no DC villain previously would have attempted: sleeping with underage hero Terra to get closer to his enemies. Not only was this a new trick for a comic book villain, Deathstroke was also unapologetic and just continued to do things that make people hate him.

He’s become a master of most martial arts and is most often depicted as a member/leader of the League of Assassins. This level of fighting prowess alone would make him a dangerous threat, but add to that a power suit that allows him to tap into the speed force, take multiple punches from superman and keep fighting longer than anyone else, and you have a genuine next level threat. Not to mention the fact that Slade HATES Batman for a variety of reasons. Nothing like a vendetta to keep you on your toes.

Created originally for the Knightfall storyline, Bane dropped onto the scene with a storyline that mocked Bruce’s tragedy with its intensity. Bane’s father, the criminal known as King Snake, was imprisoned for various crimes and then died soon after entering prison. As the corrupt officials of Santa Prisca decided his sentence wasn’t complete, they decided to have his young son finish the life sentence. This means that Bane literally spent his childhood in one of the worst prisons known to the DC universe. But instead of being destroyed by this experience, he was hardened like steel in a forge.

Bane learned everything from fighting to meditation, not allowing the walls of his prison to keep his mind in check. He learned from many different inmates, including an old Jesuit priest who gave him as close to a classical education as their setting allowed. By the time Bane shows up in Gotham, he’s a master fighter, thief, grifter, speaks English, Spanish, Portuguese and Latin, and desperately wants to kill Batman. No mere brute, his superhuman strength is created by a toxic chemical mixture known only as Venom, which gives him temporary strength but is horribly addictive.

First appearing as the villain in Richard Dragon: Kung Fu Fighter #5 in 1975, Lady Shiva has been widely hailed as the most deadly fighter in the DC comics universe. In the Knightfall storyline, Lady Shiva even helps to retrain Batman himself. Her fighting skills lead her to best the likes of Deathstroke, The Question, and various members of the Bat-family. Batman has declared her the most dangerous fighter in the DC universe and that’s not something that happens easily. She has flipped sides, often going wherever she can to fight the best combatants in the world. Lady Shiva only has one real goal: the purity of open combat. That alone makes her a truly deadly adversary.

Though most known for her connection to her father, Ra’s Al Ghul, Talia is a much more dangerous foe, at least for Batman. Arguably, Ra’s might be able to claim he’s been around longer and has thus learned more. However, Talia’s connection to Bruce is what makes her a bigger threat. She has been engaged to Batman, and the two even have a son together in Damian Wayne. This connection, alongside the fact that she’s often the leader of the League of Shadows, makes her an enemy most people wouldn’t survive.

As a matter of fact, it’s been put rather plainly several times that the only reason Talia hasn’t killed Bruce is that she still harbors feelings for him. But that goes both ways as Bruce has shown multiple times that he has a blind spot when it comes to Talia. Being a master martial artist and a deadly assassin in her own right, she has succeeded in defeating Batman multiple times, a testament to the danger she poses to Gotham.

Hush first appeared in Batman #609, his backstory placing him as a childhood friend of Bruce Wayne. While this is dangerous enough, having Dr. Elliott know him this intimately, the danger only increases as Hush’s story plays out. It’s revealed along the way that a LOT of Bruce’s strategic thinking and profiling skills came from playing games with Tommy as a kid. Tommy cut his parents’ brake line and caused an accident that killed his father and critically wounded his mother. When she was taken to the hospital, Thomas Wayne performed the surgery that saved her life.

Tommy spent time in a psych ward where he was released by an intern by the name of Jonathan Crane (Scarecrow). He eventually killed his mother, taking on the family fortune and endeavoring to travel the world just as Bruce had done. After faking his death, Tommy teamed up with several of Gotham’s worst to try and kill Batman. He’s a world-class surgeon, often employing cosmetic surgery to hide himself and others. He is a seriously dangerous fighter, and worst of all… he knows who Batman is. 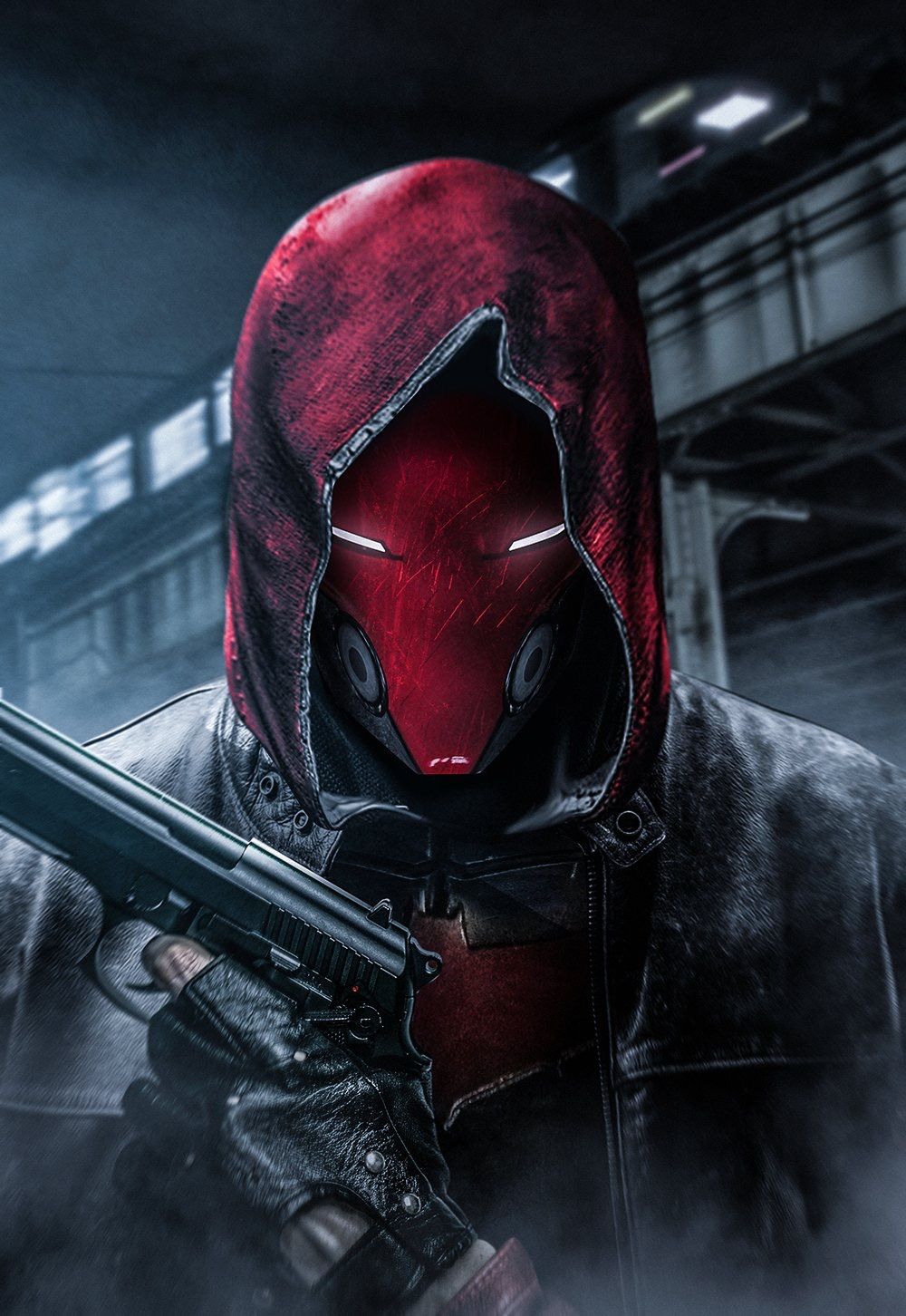 While the Joker started out using this alias, the most famous person to wear the hood was definitively Jason Todd. Though he’s spent his tenure splitting the line between vigilante/antihero and villain, one of the many things that makes him dangerous is that he was trained by Batman. Jason Todd was the second Robin and was kidnapped by the Joker. During his capture, Joker subjected him to all manner of physical and psychological torture, even branding him with the letter ‘J’ for joker on his cheek.

Joker hoped to turn Jason into his very own Joker-ized sidekick and have him fight Batman. Subsequently, Jason lost what was left of his morality and eventually escaped, thinking that Bruce had abandoned him. Unfortunately, having assumed Jason was dead, Bruce had moved onto another sidekick already and that formed an inner hatred in Jason that has yet to be quelled.

Incredibly well trained and a severely dangerous tactician, Red Hood employs everything from dirty street-fighting moves to hiding explosives to be detonated by remote. There is no mercy under the Red Hood, and Batman is clearly on the menu just as much as any villain. The real danger from Jason is that he is such a wild card it’s difficult to pin down where his loyalties are at any point in time.

Who Is Deadliest Villain in Gotham?

Whether your favorite villain made the list or not, we can all see how much of a threat each one of these criminals presents. Batman has just as much work cut out for him as ever with these rogues making their way across Gotham and parts beyond. With each of them having specific reasons and logic of their own, having all of these pieces on the board is the most dangerous game of all. It’s not clear whether one of these people will ever truly get their hands on Batman, but with all of them out of Arkham most of the time, Bruce won’t be sleeping very much.