VPNs may be a mandatory tool for many industries requiring advanced connection security, such as remote workers, but they are primarily a niche solution for gamers.

Virtual private networks have been known to offer (slightly) slower download speeds and increased latency than traditional ones. However, even with this tradeoff in mind, a VPN may be exactly what you need as a gamer.

Here are the primary reasons you may need a VPN as a gamer:

The above are some of the core utilities a gaming VPN can offer. In some cases, you may also bypass ISP throttling, although an ISP can measure the volume of data going through their network to the VPN server, even if your actual traffic is concealed.

With all this in mind, I have cherry-picked the four best VPNs for gamers that will have as minimal effect on your baseline connection’s performance as possible while also providing you with all the great benefits of a VPN.

These are the top VPNs for gaming in this exact order:

I rate NordVPN as the best VPN provider, with its 5,200+ servers and lightning-fast upload and download speeds. It has topped my speed measurements and has earned the crown of the fastest VPN for me.

NordVPN also uses a proprietary patched version of the WireGuard protocol called NordLynx. This encrypts data faster than other protocols and has a lower performance tax.

You can run it in the background on up six devices simultaneously, forgetting that it’s there with a ping rivaling or sometimes beating your new connection. It supports Windows, macOS, and Android. You can also use it to protect yourself from being DDoSed by Rainbow Six Siege or relocate yourself in Pokemon Go.

NordVPN has a great summer deal: Not only will you save 69% on your usual price, but you’ll also receive an additional three months free! Find out more by clicking here.

Surfshark offers many features, but the two that stand out for me are the unlimited connections with a single account and the location spoofing for mobile devices. Additionally, it strikes the best balance between peak performance and a reasonable price tag.

Although it’s not the only VPN service that allows you to use it on all devices, it was the first to do so, and it has since led the market in a better direction. Surfshark is one of the top VPNs for gaming, as many others have not yet taken notice.

Its upload speeds are comparable to NordVPN’s, and there aren’t as many servers available. However, it offers incredible value and will still provide a fast ping. It can also unblock various streaming services like Netflix, Amazon Prime Video, and BBC iPlayer. It comes with a 30-day money-back guarantee.

Nord Security and Surfshark have merged, unlocking knowledge-sharing opportunities between these top picks, although the two providers operate autonomously.

ExpressVPN offers many server options, making it the best choice if you want to play with friends abroad or look for a regional deal that isn’t available elsewhere. Its network coverage reaches even the most niche-specific countries and locations worldwide.

You have 24/7 live chat support and fast connections. ExpressVPN is the only service that refreshes its IP addresses as often as ExpressVPN.

This means you will be able to unblock almost everything in any country, including Japan, and it’s not blocked at all. You can cancel your subscription within 30 days to get your money back.

However, the price-performance/feature set ratio is not justified. Thus the reason it’s #3 on my list.

IPVanish is another service that runs on its own private server network and infrastructure. This means there are fewer cogs to the chain, and your privacy is almost guaranteed.

As a gamer, you will benefit most from its ability to sort servers via ping. This guarantees you the fastest connections possible, though manually hunting for one may improve ping in some games.

This service is also the only one to offer unlimited simultaneous connections, following in Surfshark’s footsteps. IPVanish also offers 250GB SugarSync encrypted storage to new subscribers. If you aren’t satisfied, you can get a 30-day refund.

Virtual private networks are privacy tools that grant anonymity to users by allowing them to connect through encrypted tunnels and masking their IP addresses with the VPN company. This allows you to appear in another country and unblock geo-restricted sites like Google Stadia.
Only the most reliable VPNs keep their IP addresses up-to-date so that you can unblock services that attempt to stop this spoofing technique like Netflix and Hulu.

What is the best VPN for gaming?

While there are many things to consider when selecting the best VPN for gaming, you should not forget about a fast and stable connection. Our recommendations are all fast VPNs, which should provide a connection just as fast as when you are disconnected.

Also, you’ll want to have a wide selection of countries available so that you can search for the best servers and find cheaper games. While it may not be the most essential feature, you will want to make sure the service you use remains private. No-log VPNs are recommended to don’t record what you do while connected.

Can I use a free VPN?

VPNs are not free. You won’t be asked for money if you don’t want to pay. Most free VPN services sell and collect your information. Instead of collecting data, the best VPNs don’t limit bandwidth and are not suitable for gaming. You’d only get a few matches.

None of the VPNs in our list provides a free trial, but all of them come with a money-back guarantee you can take advantage of.

There are no restrictions on bandwidth and server selection. It is worth choosing a premium VPN as their long-term plans have significant discounts.

You can always wait for Black Friday’s massive VPN deals if you are out of budget.

Is it possible to use a VPN with a PlayStation, Xbox, or Nintendo Switch?

It is not as simple as downloading an app on consoles. PlayStation, Xbox, and Nintendo all have closed ecosystems. VPN apps are typically only available for Windows and iOS.

The best option in this scenario is to set up a VPN on your router. This way, you will protect all the devices in your home, including your tablets and smartphones, as well as your gaming consoles or PCs. 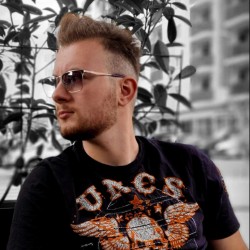