Why You Should Be Excited for Deathloop

Gamers have explored many fascinating and intriguing worlds created by Arkane in the past. Incredible art direction, voice acting, writing, lore, and gameplay are among the several highlights of the studio’s previous works. The Dishonored series is where many people fell in love with the vision that Arkane had for producing immersive and unforgettable gaming experiences. I and many other fans believe that their upcoming projects will continue that tradition.

Deathloop, their newest release, is set to come out on the 14th of September. It is a first-person shooter releasing on the PlayStation 5 and PC. Blackreef, an island in a world inspired by the 1960s, is the game’s primary setting. You play as Colt Vahn, an assassin who has lost his memories and is trying to escape a time loop by killing eight of the island’s “visionaries”. These visionaries have a strong desire to maintain the loop to live the same day over and over again. They are “scientists, artists, and party animals”, who have no issue resorting to violence to accomplish their goals. Julianna Blake, a rival assassin, is among them, and can be controlled by the AI or another player.

Deathloop’s marketing has featured plenty of the PVP elements. Julianna is said to be “the most powerful visionary”, and will be hunting Colt throughout the game. The player will not have to be in a state of constant tension as to where Julianna is, but when she does arrive, a specific sound will play. This sound will indicate that Colt must proceed with caution while exploring the area. If a player is controlling Julianna, she will presumably be quite unpredictable. If the AI is controlling her, she will still be a force to be reckoned with.

Supernatural abilities will make the gameplay even more enjoyable. Some of them will be quite familiar to fans of Dishonored. One ability resembles the iconic Blink, a power that allows players to teleport short distances. Another resembles Domino, an ability introduced in Dishonored 2, which connects the fates of each target involved. Whatever you do to one target, the others will fall in the same way. Those are just a couple of examples; the player will have access to even more powers throughout the experience.

What is perhaps most compelling about Deathloop is its gameplay structure. The player must defeat all eight visionaries before the day is over, or the loop resets. Colt will wake up on a beach in Blackreef and begin the journey again. Weapons and gear are initially lost when this happens, but Colt can later learn how to carry over his equipment between loops. Colt’s death will also cause the loop to start over. However, another ability, known as Reprise, can allow the player to die and come back to life twice without restarting the loop.

Arkane calls players to engage thoroughly with the world through the combat, but Deathloop will require more than brute strength and stealth to complete the game. It has been described as a “murder puzzle”; gathering information about the visionaries throughout each loop will guide the player towards exploiting their enemies’ weaknesses.

Tactics and violence are essential to Deathloop’s formula, but the narrative and backstory of the characters are some of the other core components. What led to Colt being trapped in the loop? This is the game’s most pressing question. Another mystery resides with Julianna; the trailers and footage shown so far have given players a taste of the interactions between the two assassins. Julianna clearly had some sort of relationship with Colt prior to the events of the game, but what that relationship was like is still a mystery. Fascinatingly, Julianna is seemingly the only one on the island besides Colt who maintains memories between loops. Uncovering the connection between the two will certainly be a highlight of the experience.

From the world of Blackreef, to the characters and gameplay, Deathloop has plenty to offer. With the game’s release steadily approaching, players will have a lot to be excited about with Arkane’s newest project. 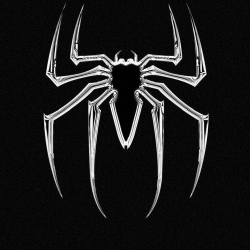