The second season of “Hilda” dropped last Friday and it is a brilliant continuation of where the first season left off. Of course, now we’re all left wondering where the series will go from here. Some of you who read the books might already have an inkling of what’s to come while those who just watch the series on Netflix might be left scratching their heads. So let’s dig in deep at what the second season has to offer and where the series might go from here.

Warning: this article will have some major spoilers. Finish watching the second season before reading any further.

The adventure continues for Hilda in the long-awaited second season. Here, we see her continue to adapt to life in Trollberg as she explores the world around her. At its core, “Hilda” is a show about how society and nature mingle together. This theme is explored through Hilda’s character and how she interacts with the many strange and supernatural creatures around Trollberg. She is helpful to a fault and sticks her nose into situations that she has no business getting involved in. Of course, this trait is explored more this time around as we see how her whimsical adventures affect those around her. 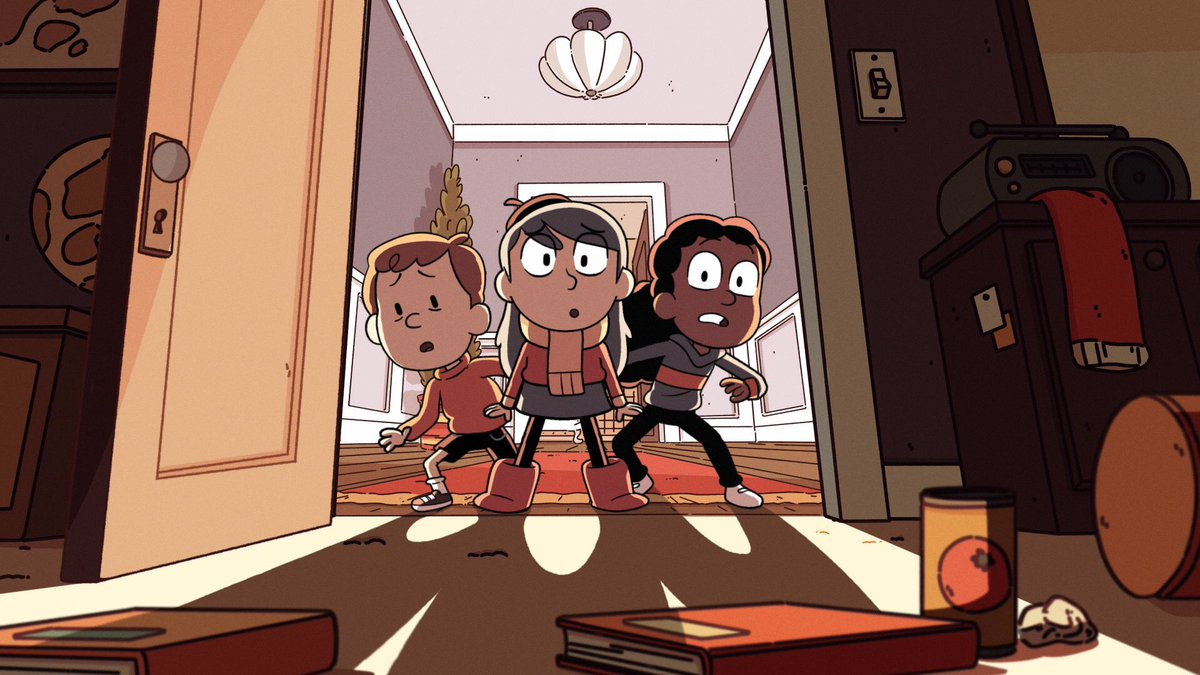 The main focus this time around is Hilda’s struggle between her free nature and her civilized new home. She becomes disconnected from the people closest to her as the freedom of the woods beckons her to return. It’s a wonderful tale of being homesick but at the same time feeling out of place amongst your own people.

Season 2 only adapts one book this time around “Hilda and the Stone Forest” for its finale as opposed to four. This leaves the second season much more room to provide original content. Luckily these are all wonderfully written and never feel like filler. They either build on something that has been established before or explore brand new territory.

“Hilda” is the perfect autumn show. The art style is cozy and Trollberg feels like it’s always stuck in that season. Many of the episodes are also just wholesome in general. However, “Hilda” Season 2 definitely has a bit more drama and darker moments than the first. Nevertheless, it doesn’t stray from what made the first season good. 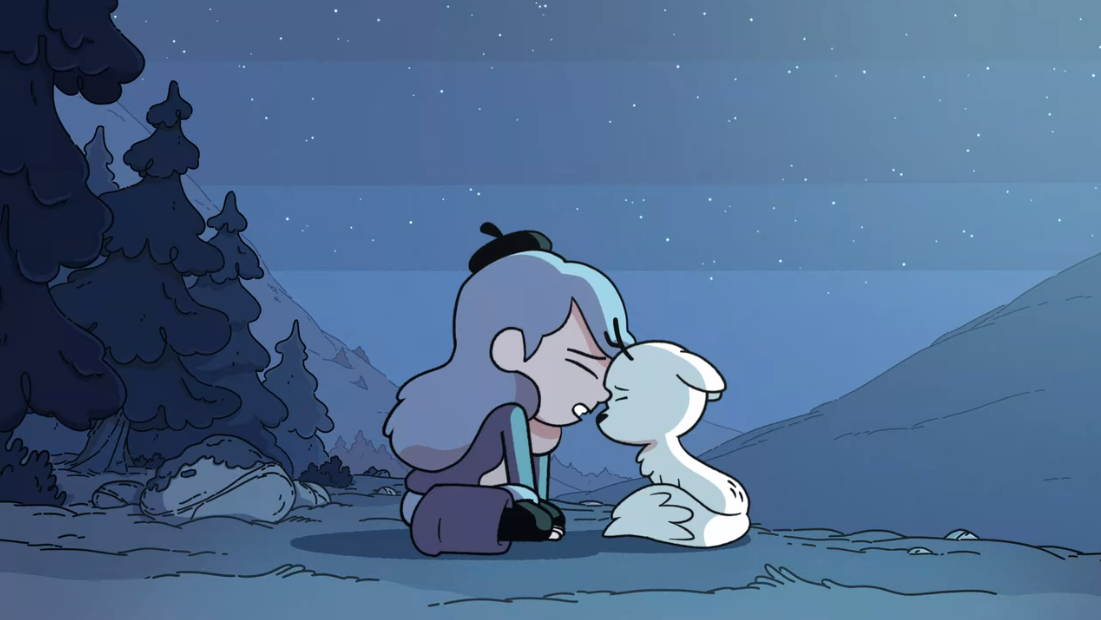 The relationship between Hilda and her mother is strained for much of the season. They don’t see eye to eye and the further along we get the more we see that relationship become further unhinged. There are episodes where Hilda’s own dismissive attitude towards her mother’s lessons even result in her own death, albeit, temporary.

In fact, as part of the audience, it becomes quite hard to really sympathize with Hilda. At times it just feels like she wants her mother out of her life entirely. Despite making promises to let her know what she gets into during the day, she continues to lie and break those promises. This all culminates during the two-part finale where Hilda’s selfish attitude comes back to haunt her as she and her mother become trapped under the mountain. 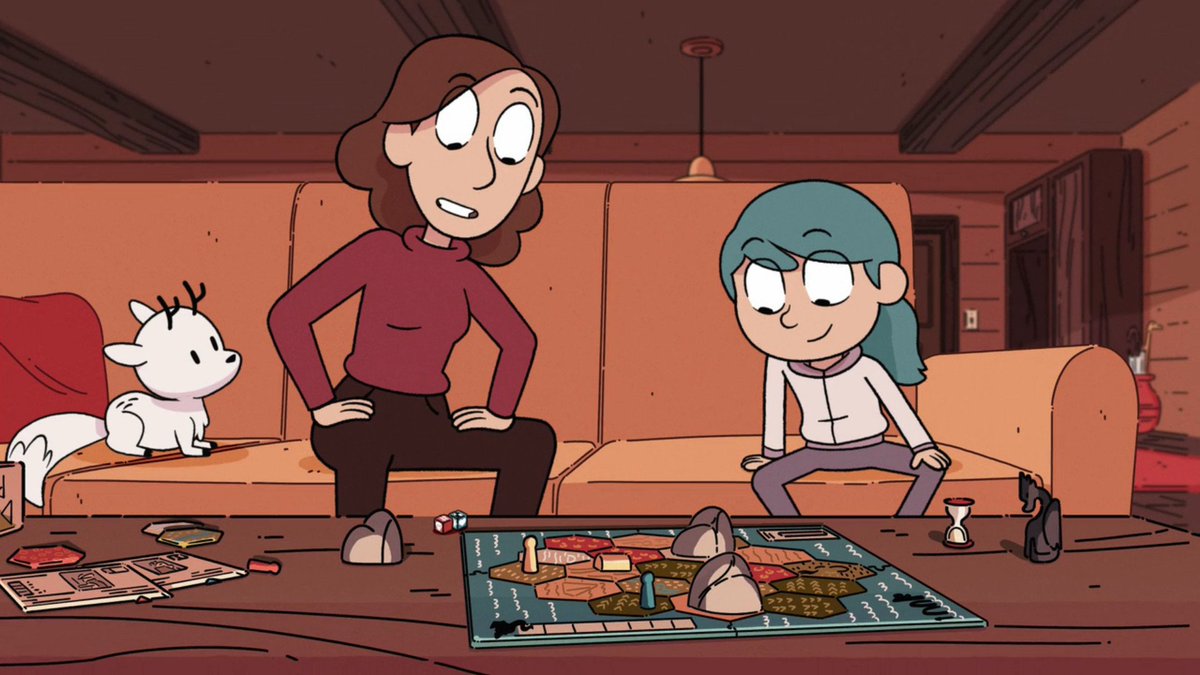 Where Are We Now?

“Hilda” Season 2 concludes at the same place as the graphic novel, “Hilda and the Stone Forest”. During the double-length finale, we are left with a massive cliffhanger.  Hilda finds herself trapped in a troll’s body and far from home. Ironically, she gets what she always wanted but at the price of losing her humanity. Meanwhile, Erik Ahlberg, a newly established character and so-called “protector of Trollberg”, plans to stir up conflict between the humans and the trolls.

As previously mentioned, “Hilda” is based on the works of Luke Pearson and his original graphic novels. However, it is unknown at the moment if the cliffhanger will be resolved during a potential third season or during their 70-minute special. As far as graphic novel adaptations go, five out of the six books have already gotten their own episodes. After this last one, it will be almost completely new territory. 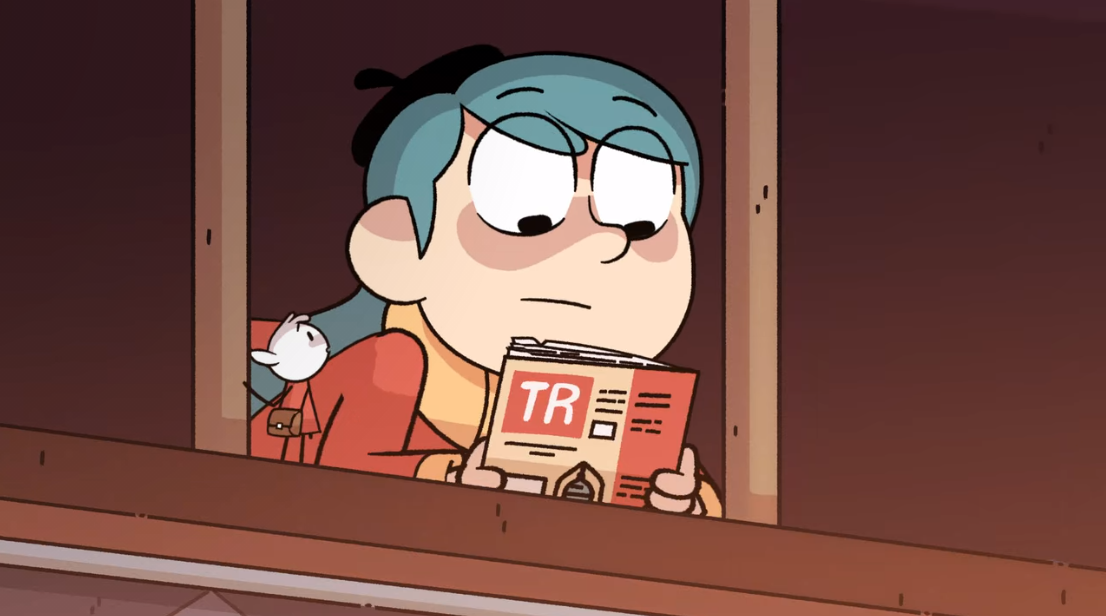 It is likely that whichever option comes next, it will follow the next book, “Hilda and the Mountain King”. Of course, there’s always the possibility for more original stories that are not included in any of the books.

“Hilda” definitely has way more stories to tell. Season 2 plants the seeds for even more character development and world-building. Of course, whether or not we get to see these plot threads come to fruition is up to Netflix. As of now, there is no news of “Hilda” being renewed for a third season. With other canceled shows such as “The Dark Crystal: Age of Resistance” and “I Am Not OK With This” the show’s fate is currently up in the air.

Till The Next Adventure.

“Hilda” remains an absolute gem and will hopefully stick around for at least a season longer. Its cozy and creative charm is perfectly mixed with more complex themes and darker moments to create something absolutely unique. To see more from Luke Pearson, make sure to check out his official webpage.

Was the Cyberpunk 2077 Crunch Worth It?

2 thoughts on “Hilda Gets a Beautiful, Darker, Second Season”