Ever since CD Projekt RED has shown a trailer of Cyberpunk 2077 picturing movie star Keanu Reeves during the last E3, where coronavirus was not a thing, everyone went totally crazy about the game. Especially considering how popular Keanu Reeves is. Now after so many delays and going back and forth because of the Covid-19 outbreak, Cyberpunk 2077 has gone gold.

CD Projekt Red has been known for its ability to make great open-world RPG games and has shown that ability with one of the best games of the studio, The Witcher 3: Wild Hunt. The game got so popular that Netflix produced a TV show based on the original books that inspired the game. Cyberpunk 2077 was a thing for a long time, but no one has ever thought that it could be one of the most anticipated games of 2020. We have gone so far since then and today was the day that the official Twitter account of Cyberpunk 2077 informed us that the game has gone gold. Meaning the first physical copy of the game has been approved for manufacturing.

See you in Night City on November 19th! pic.twitter.com/s6U266Y1fp

At first, the game was promised to be released in April 16th 2020 but CD Projekt RED announced some problems and the release date went from April 16th to September 17th. As we all know, the coronavirus outbreak has caused many entertainment companies to reschedule their products during or even after the production process. And CD Projekt RED is no exception. This lead to another delay on releasing the game from September 17th to November 19th.

Cyberpunk 2077 will be released for PlayStation 5, Xbox Series X and Series S, Google Stadia, Xbox One and Microsoft Windows on September 17th.

Do you think Johnny Silverhand and Night City are worth all this waiting? 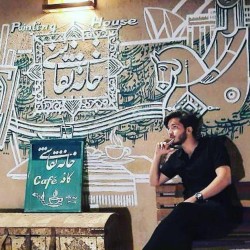 Mathew Sobh
20 year old. student, work in a private company. Singer
Trying to be the best so I can find my place among journalists.