Hellblade: Senua’s Sacrifice was expertly crafted by Ninja Theory. The landscaping was visually breath-taking, and the gameplay was downright addicting. Norse and Celtic mythologies were used exceptionally in the story to instill a sense of fear, recklessness, and genuine dread.

Within the first game, Hellblade: Senua’s Sacrifice, Senua found peace with the darkness that burrowed deep into her soul, mind, and body. Through her journey in Helheim, she found herself face-to-face with many different gods, beasts, and deities. But her quest to seek revenge for her lost loved one was the only thing guiding her.

Hellblade: Senua’s Sacrifice is an anomaly, consisting of strong ties to mental illness that can deviate a gamer with ease. Senua’s mind is chock-full of voices that continuously whisper words of encouragement and negativity. But when you, as a gamer, slap your headphones on, those voices in Senua’s head become part of you. You’re now pushed in different directions, and those voices never let up. They’re a concrete part of Senua, which now makes them your parasite to come to terms with. This is exactly why Hellblade: Senua’s Sacrifice is so unique in its gameplay, and the reason that an addition to her saga is needed.

The information for the second installment to Hellblade: Senua’s Sacrifice is nill, but a few tidbits have finally surfaced.

Phil Spencer didn’t reveal too many secrets about Senua’s new chapter during the Game Awards, especially when it came to a release date. The sequel to Hellblade: Senua’s Sacrifice is still in early development, so the time frame is iffy. And Ninja theory, the developer and publisher, has stayed tight-lipped about the game.

Senua’s first chapter, Hellblade: Senua’s Revenge, hit Playstation in August 2017, while not finding its way to Xbox until April 2018. In 2019, the game also became available for those on Nintendo Switch in April of that year.

The first game is still rather new, so I wouldn’t hold out hope that the game will release in 2020 or early 2021.

During the 2019 Game Awards, Phil Spencer introduced the new Xbox console, while also mentioning the title for Hellblade: Senua’s Sacrifice’s second chapter. Spencer revealed that its title will be Senua’s Saga: Hellblade II. Spencer did note that this title is an early one, so it could change as time goes by. Essentially, don’t expect this name to be the one the game is under when you can actually buy it.

However, Spencer dropped another bomb. Senua’s Sacrifice: Hellblade is being designed solely for the new Xbox Series X. This means that the game will not be coming to Playstation. But you PC players out there can take a breath because it’ll most likely reach you at some point.

Hellblade: Senua’s Sacrifice relies heavily on puzzles, while throwing some gnarly combat in the mix. It’s no doubt that the second installment to Senua’s story will most likely have both of those aspects. So can we expect more epic fights? Harder puzzles? Tons more beautiful Helheim landscapes? Abso-freaking-lutely!

Hellblade: Senua’s Sacrifice was created with only a few people in the mix, but the team for Senua’s Saga: Hellblade will be almost double than that of its predecessor.

The game will be set in Iceland, according to Ninja Theory. They’re teaming up with Quixel to scan Iceland’s terrain for the game. In the first installment, Hellblade: Senua’s Sacrifice, the landscaping was gorgeous, so Ninja Theory has big shoes to fill.

The soundtrack is being crafted by Heilung, which is a folk band with members coming from Denmark, Norway, and Germany. You can check out the tweet from Ninja Theory that announced Heilung’s work on Senua’s Saga: Hellblade II here.

Melina Juergens, the original voice for Senua, will be back for Senua’s Saga: Hellblade II. Juergens’ voice in the first game is haunting, making the whole voice in your head aspect even more trippy. No doubt she will bring another wonderful performance to the table.

Ninja Theory is being very stingy when it comes to information about Senua’s Saga: Hellblade II. But this is a great thing. Gamers didn’t know what they were getting into when loading up Hellblade: Senua’s Sacrifice. And that’s what made it so impactful.

There’s no doubt that the second chapter for Senua will be as shuddersome and awe-inspiring as Hellblade: Senua’s Revenge. The keen mix of emotions and beautiful landscapes is what makes Senua’s journey so unique. Without those things, the game would fall flat. And Ninja Theory seems to be building on that to create a new and emotionally taxing adventure for Senua.

As the information rolls in, keep checking back to find out more information about Senua’s second journey to your gaming device. 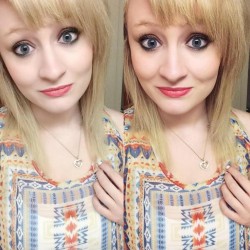