A Silent Voice: The Movie Is Greater Than its Scenery

The Japanese animated drama film, A Silent Voice: The Movie, produced by Kyoto Animation has received high recognition from fans who have read the manga and non-fans who simply wanted to pass the time. From the eyes of both worlds, it’s a beautifully drawn and executed film that captured both the heart and the mind. Yet, as my sister puts it, some people only see the movie for the scenery and nothing more. Allow me to present my humble opinion on the piece. Also, you might want to know that spoilers are to about happen; continue at your own risk.

Introduction to A Silent Voice Characters

The movie starts with the first main character of the story, Shoya Ishida, gazing, from a bridge, upon what seems to be a river. Seconds later, you see him standing over the edge, and the scene transitions before he starts falling over. You are captured. You think: ‘Why does this man want to throw himself over the edge?’ But you want to continue. As you leave that question to follow the story, the movie takes you back to when Shoya was a middle-schooler. You watch his friendships unfold and take notes of his relationship with the class. He is the goofball. The clown. He is loved almost by everyone. So, to maintain this love, Shoya is introduced to the second main character, Shoko Nishimiya, a deaf girl who had just transferred and would love to experience school life and meet new friends. With her first introduction, the class is silenced as instead of speaking, she takes out a notebook and presents the words she wants to speak visually. And of course, Shoya being the class clown, takes the first poke at her in a series of mistreatment that will follow.

First note to self: ‘Wow, this guy is so mean.’ Well, you are not mistaken, but from the way I see it, Shoya tries to break the ice in the way he knows best. He thinks this is a joke. After all, he is still a middle schooler. And as he gains more recognition and cheers from his classmates (audience), he continues the mistreatment.

Nishimiya puts up with it, for she would love some new friends. Now the plot is set. The characters act as follows: Shoya is a bully who doesn’t hide it. Kazuki Shimada, one of Shoya’s best friend, is a mastermind bully who laughs and encourages the ill-treatment but doesn’t involve himself. Naoka Ueno is a fellow classmate who seems to be attracted to Shoya and hates the attention Nishimiya gets from the other classmates, so she decides to bully Nishimiya as well.

Miyoko Sahara is a bullied classmate who later becomes Nishimiya’s friend but is bullied even more for it, so she decides to leave school. Miki Kawai is Ueno’s friend who tells Ueno that her bullying is mean but doesn’t try to stop it. Nishimiya is a bullied deaf girl who dismisses the bullying and insists on being friends with Shoya, which irritates Shoya into bullying her more.

The mistreatment goes on for a while, from pushing Nishimiya in a pond to stealing her earpiece and injuring her in the process. As you watch, you will recognize that these kids have no idea how their actions will affect Nishimiya in the future. All except one. Kazuki Shimada. He understands that this is wrong yet continues to bully Nishimiya for fun which is later shown as the teacher finds out that Nishimiya is bullied. He confronts the class, but no one speaks up. The teacher calls out Shoya’s name, and this is when Shoya realizes he is to be cast out by his classmates. He tries to defend himself by saying that there were people who laughed and encouraged him, but his classmates deny him. And Shoya turns from the person with power to the person under.

The Change That Forces the Characters to Interact Again Fast forward to high school, Shoya now has trust issues and has blocked everyone. That is made apparent by the Xs on his classmates’ faces. He is scared that people will know he’s a bully and cast him out again. So he keeps to himself. He blocks people’s voices and faces from entering his mind. He has cut ties with all his friends from middle school as well. Even attends sign language classes… to try to redeem himself, I guess?… where he meets Nishimiya for the first time after she transferred schools as a middle schooler. Now, he is the one who wants to make friends.

The movie now turns from a story about a bully and his victim to one about a person who wants to redeem himself. He holds this guilt and shame throughout the movie where he believes that he doesn’t deserve to exist, that he hurt Nishimiya so much, yet that he still wants to be her friend and show her that he has changed. It’s also made difficult by Ueno and Shimada as Shoya meets them again for the first time and is reminded that he doesn’t deserve this life and friendship gang. That he is a horrible person.

And now the plot is set in an entirely different way: Shoya is a broken spirit who desires friendship and a normal high school life yet denies himself it to punish himself for what he did previously to Nishimiya. Nishimiya is viewed as a happy and cheerful spirit who wants to fix Shoya (basically everyone too) and bring him back from his demons, but by doing so she also risks bringing up her own demons.

She also later falls for Shoya yet can’t explain herself well enough for Shoya to receive and understand her feelings. Ueno hates the progression of Shoya and Nishimiya as she feels that the past is better and that the past Shoya gave her more attention than the present Shoya. She tries to sabotage Shoya and Nishimiya’s relationship only to fall short and decides to follow the flow of the gang. Tomohiro Nagatsuka, a newly introduced character, was a bullied victim as well but was saved by Shoya and now sees Shoya as a friend. He is the one who pulled Shoya out of his self-wallow. Sahara is now a new confident woman and decides to leave all the bullying in the past. Miki keeps trying to convince herself and Shoya that she didn’t do anything and tries to befriend Shoya who hates that fault about her denying the bullying and wishes that she would own up to her mistakes and admit that she had a hand in the bullying. Toshi Mashibasa is a newly introduced character as well who tries to befriend Shoya too and isn’t interested in past drama. A Silent Voice: The Movie was meant to be viewed as a real experience. It asks the question: ‘If you were a part of this story, what would you do?’ The movie isn’t flashy, doesn’t represent an out-of-this-world superpower and isn’t trendy. It’s beautiful not only for the animation, the flow of the frames and the interaction of such characters with their surroundings but also its true portrayal of human nature. That we choose to forgive, choose to be friends, choose to fight, choose to give up and choose to be swept up by the flow of life. 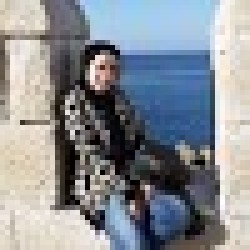 Rana Alshorbagy
Spreading happiness and positivity in this chaos. I'm an author who will write about anything that blows my mind and interests my weird little personality.