With E3 2019 approaching fast, casual and hardcore gamers alike are awaiting with dire thirst and hunger for the confirmations and drops we are expecting to see at this years’ convention. Here’s the low-down on the potential upcoming titles that we are all desperate to get our claws extremely deep into. Cyberpunk 2077 is proving to be an incredibly long wait for fans of CD Projekt Red. Fans of not just the Witcher series have been anticipating this master-worked game since 2012. Likely to say there will be an abundance of hype surrounding said title, and very high expectations along with it.

At E3 2019 the audience received a one-hour demo of the Cyberpunk title and there is much hope that at this year’s event we will learn a little bit more about important information such as release date and possibly more gameplay. Sadly, there is only a bracket that Cyberpunk 2077 will be released in-between 2017-2021. So, there aren’t high hopes that the title will be released in the impending and imminent future. However, CD Projekt Red are certain to give fans a little more insight into one of gaming’s certainly most anticipated titles.

Have they confirmed to be in attendance? Absolutely, and fans are incredibly eager to unwrap this anomaly furthermore. Hopefully we’ll be looking at a smaller window of a release date. And a few more breadcrumbs to tease this long-awaited game. Dying Light is quite well known for being one of the most entertaining co-op games on the PS4. Being a bit yellow, I was adamant to never go outside when it was dark (regardless of the double XP). ‘Volatiles’ scared the absolute bejesus out of me. Still, my co-op friends forced me to endanger my animated ego. I just sprinted. Screaming down the headset to never look back. With all hope of a moderately safe escape if I throw my party to their impending doom. Whilst I seek out a safe house. Or grapple on top of a streetlight for temporary safety.

The release date for this epic apocalyptic zombie adventure is still incredibly vague. With hope from last year’s E3, fans of the Techland franchise were sold the dream that the game would be live sooner than we expected. Yet due to unseen delays, this title could release at any time from this month to maybe next year. So the hope is there that a possible release date and story development – for flesh-eating-fans of the franchise, to quite literally sink their teeth into. Ah, the days of local coop when you could split-screen on your teeny-tiny TV. Have your screen stained with blood rushing from your chainsaw lancer. Marcus Fenix shouting uncontrollably “IT’S A F**CKING LEVIATHAN”. Weeping solemnly to the unpreparable melody, as Dom drives into the distance whilst an emotional rendition of ‘Mad World’ by Tears for Fears beckons (I’m not still crying. You’re still crying!).

The Gears of War franchise has a very protective fanbase. Gears 1-3 were an incredibly successful stand-alone trilogy, locust and all. Therefore, after unsuccessful titles such as Gears of War: Judgement, and Gears of War 4, fans are craving strong Gears content, waiting to use the Hammer of Dawn with succession once again.

Details of the title have been kept very much so under-wraps, but what we do know is that not only have Microsoft confirmed Gears 5’s attendance, but have claimed for Gears to have their own panel. Hopefully, fans get to see the opportunity of not just single-player mode, but multiplayer also.

With hope that Gears 5 is looking to launch this year, E3 2019 is giving us reason to believe that a release date along with content will be available at next week’s convention. Even better, confirmation that Gears 5 will not just be locked into XBOX, we will get the opportunity to play it on Steam as well. After the last hailstorm that was released under the Star Wars franchise: Battlefront II, Star Wars fans are incredibly eager for a game that satisfies such an epic series. With much promise, fans have been incredibly welcoming to the upcoming title, Star Wars Jedi: Fallen Order. The story’s main protagonist is a young Padawan, Cal Kestis who has managed to escape the clutches of Emperor Palpatine and his devious plans of eliminating all Jedis. Placing this slap-bang in the middle of Revenge of the Sith and A New Hope.

It seems EA has learned from past mistakes as there has been a promise of no micro-transactions and simply put, it is just set out to be a single-player story. Other than that,  our knowledge about this title is very limited so here’s hoping for gameplay and some interesting game details to follow at E3 2019. Cloud and Sephiroth with their equally ridiculous swords making a full-fledged comeback are nigh. The fan-favourite of the Final Fantasy series is upon us, and has been remade, redone into a beautiful 4k masterpiece. The benevolent Bahumut will be making his comeback as a summon in his original form. Which quite possibly makes me – as a long term Final Fantasy fan – screech with joy. Kupo.

From what we have been shown previously, the basic mechanics of the game have been changed. But the original storyline and the heart and soul of the game seem very much so still intact. Final Fantasy VII has not been confirmed for E3 as yet, however with the amount of coverage it has been getting recently, it seems extremely likely that we are destined to find more about its reprise. Making this title certainly one of the most anticipated titles that could be standing in the E3 arena.

E3 2019 is set to begin on Tuesday 11th June, and end Friday 14th June. Not just new titles that are set to announce, but newer content for titles such as Year 3 Destiny, The Division 2, Rainbow Six Siege and many, many more. Sadly, Sony will not be in attendance, therefore we can imagine that Microsoft will be capitalising on their absence. With some possible surprises (Fable 4?). Needless to say, there is also always a surprise or two at E3, which we’re never expecting.

Is there anything in particular you are looking forward to? Let us know at @fictiontalkmag on Twitter. 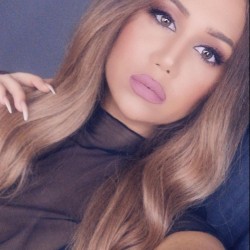 Free Costin
Wordomancy is the most effective form of literary resurrection, and I use this to blabber proverbial nonsense about games, books and other fictional lands to which I may or may not have visited yet. Word vomit is key, but really, I'm just a writer in her mid-twenties who is submerged in nerd-culture.