2110. A world almost as imperfect as the present one, but a world that allows a possible escape to another. A world near and yet impossibly far where those who dare venture must decide in a relatively short interval of time if they want to be there forever. Those possessing high-qualification and skills have the option of migrating to the Moon. There, the colonies led by the Five Dragons are producing prime materials and energy for the Moon and the mother-planet.

In a hostile environment, where the smallest mistake might cost you your life, lunar people have built their own civilization. A civilization like the terrestrial one where money decides who survives and who gets exiled back to Earth. And yet, this civilization is also very different because terrestrial laws have no power here. Contracts and business agreements are the only holy law. Disputes are resolved through bloody duels in which the judges themselves become mere witnesses.

The Lunar society is a layered one, but from bottom to top, in contrast to the terrestrial one. The have-nots are living near the surface, exposed to the void and killer radiations outside. Meanwhile, the ruling clans have built opulent shelters beneath the surface that’s covered with the omnipresent regolith dust.

A Common Immigrant Gets Embroiled in Upper Class Politics

Marina Calzaghe is one of the Earth immigrants who’s lost her job and barely survives. She waits for the fateful day when she will have to decide if she will go back to Earth before the modifications her body has suffered because of the Moon’s lower gravity will become irreversible. By chance, she gets a temporary job which allows her to attend a very special celebration party. A party hosted by one of the ruling families, the Cortas. Luck and her good reflexes allow her to stop an attempt on the life by the oldest Corta heir. As a reward, she gets a job with the Cortas, the clan who holds the monopoly on the mining of Helium 3. The energy source for the entire Earth.

Through Marina’s eyes and through the words and actions of the Cortas, the author unveils the secrets behind the war for power waged by the Five Dragons. As well as the history of the colonization of Earth’s natural satellite. We are witnessing the escalation of the conflict, both in the rooms of the powerful and on the barren face of the Moon.

A Colorful Cast of Characters

While Marina Calzaghe earns Adriana Corta’s trust, we get to know the matriarch’s past and the members of her family. Rafa, the eldest, future heir of Corta Helio, a man much too impulsive. Lucas, cerebral and only apparently devoid of any feelings, and his son, Lucasinho, a spoiled teenager who will learn the hard way the reality of life on the Moon. Ariel, a beautiful lawyer who’s in her element in the intrigue-filled lunar politics. Carlinhos, the proletarian and the fighter of the family. Wagner, the renegade son, who’s hiding a terrible secret.

Those are only a few of the characters who live, breathe, love, kill and are plotting in McDonald’s New Moon. A novel which can be rightfully compared to George R. R. Martin’s A Song of Ice and Fire. The difference is its setting, an ultra-advanced technical society that is brilliantly imagined and described by an author whose clairvoyance deserves all the praise.

Beyond the author’s ambition, who’s drawing an ample portrait of the exotic society of the future – the same way he did it for Brasil (Brasyl, 2007), Turkey (in The Dervish House, 2010) or India (in River of Gods and Cyberabad Days) – Luna: New Moon is, first and foremost, a family saga.

“In a hostile environment, where the smallest mistake might cost you your life, lunar people have built their own civilization.”

A novel with absolutely memorable characters and a story that grabs you and envelops you in its convoluted plot. This immersion lasts until its final page and beyond it, leaving you panting as if you had run the endless race from the novel. With your senses heightened and adrenaline pulsing in every single cell of your body, you almost hope to forget some of the details just so you have an excuse to read it again.

Ian McDonald’s Luna: New Moon is published by Tor Books in the US and Gollancz in the UK. 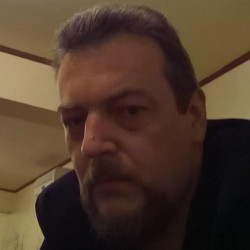 Horia Nicola Ursu
I've always wondered how does not eating dairy products give you psychic powers.